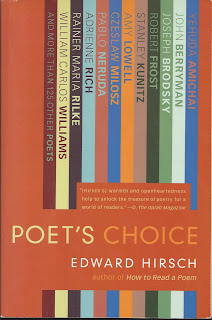 You think death is a nostalgic passivity;
wrong.

I'VE BEEN DEEPLY moved by the love poems-urgent, ravishing, grief-stricken-in Jane Mayhall's exceptional book Sleeping Late on Judgment Day. These thirty-eight poems, which constitute the second section of Mayhall's collection, celebrate her long bohemian marriage ("the bond of mystery") to Leslie George Katz. They seem poured out in a torrent, in a sudden rush of memories. At eighty-five, Mayhall has broken through a wall of silence and transformed the oceanic depths of feeling into the faithful nuances of art.
There is something wild and untamed in Mayhall's unsentimental memorial poems. She refuses easy comforts, false generalities. She, is not seduced by sadness but overwhelmed by loss, ferociously recalling how her husband grappled with heavy medication and physical pain, with what in the poem "Paean" she calls "the crucifixion of dying":

doctors or poets were equipped to see the courage
and congestion, as if the body were a whole
city, in surges of wisdom and tragic scrutiny. Between
bouts of morphine and enforced

daze, he was steady. As well maintaining
desire in the corrosion of hospitals.
Thus counselors (protected by the rind of comic
distance) said, "Nothing's that serious."
No doctrine or bias can give
the glory to him. That from every portal,
the humble unreduced light outside, putting to flight
all generalities, siphoning the sun; the room,


his consciousness, I'll break
my mind to tell of

There is something holy and crazed about an intensely personal grief "My thoughts sway into violent, / black somnambulant, cold death / supplying the madness of your gone," Mayhall declares. But she also refuses to obliterate the agony of consciousness. The temptation is great ("Your absence is / a need to close my eyes"), but she doesn't Want to numb or medicate her pain, to sleep it away. "Don't let me dream, doze and deny," she says, "like / a TV slob." Yet she feels no better off for waking. Elsewhere she defines love as "walking on broken rocks / where nobody goes."
Mayhall also refuses to let death be "the consummation of us." She is left alone, unguarded and inconsolable. "I am the slave of my ardor, no-body / knows your quality as I, who / sprang to your need," she recalls in one poem. "Our joy was Eden," she concludes in another. "But when you died, it was insane. / / And nature didn't save us." The only anodyne is ardent creative work, the solace of making art, of defying time.

Ardent work is a painkiller,
like just your handwriting on a page,

lights, into aphrodisiacal
forgetfulness. And the more aching a line
of poem, the more it lulls.
Intense dancers on broken toes

insist they never noticed. Like Tchaikovsky
using his tears on laboring music scores, the
melody narcotic. Or running the good
race eludes the hurt.
Mind over matter? It's the brandy gift
of life. Or from a crack in Nothingness-
creation of the world. And must have
been some backbreaking,
godless job. Enormous, long time
over-hours. Working like a dog, that
sweet analgesic postponement
of the End.
Edward Hirsch: Poet’s Choice