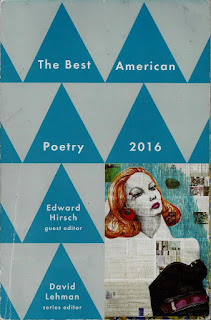 000
No one predicted we'd be sitting there,
just come in from a blizzard to that bar,
and three beached fishermen in the corner
would interrupt their beans to stare at us,
then return to eating, since we were strange,
but cold enough to be left alone,
and that to expect their calm dismissal
of our being there showed we understood
how things worked then, in the dead decades,
after most of the city had vanished
on trains, or had been drowned in foreign ports;
and therefore, when the priest arrived
with his ice-crusted shawl and frozen cross,
crooning mangled hymns, his head gone to praise,
we'd think it right to offer him a seat,
would carry his stiff gloves to the fire,
and fill his glass with wine and pass him bread,
and would suffer the blessings he put
upon the empty wombs of our soup bowls;
and who knew we'd pretend to sing each verse
of the tune he'd use to condemn us,
but would have no answer to his slammed fist,
nor the thing he'd yell to be overheard
by everyone there-when you stand this close
to the other side, don't embarrass yourselves
with hope-as if that would be saying it all,
as if he knew we already stood there,
as if we could mount some kind of defense
before snow turned back to water in his beard.

CHRISTOPHER BAKKEN was born in Madison, Wisconsin, in 1967. He is the author of three books of poetry: Eternity & Oranges (Pitt Poetry Series, 2016), Goat Funeral (Sheep Meadow, 2006), and After Greece (Truman State University Press, 2001). He has also written a book of travel writing, Honey, Olives, Octopus: Adventures at the Greek Table (University of California Press, 2013), and he is co-translator of The Lions' Gate: Selected Poems of Titos Patrikios (Truman State UP, 2006). A former Fulbright Scholar at the University of Bucharest, he teaches at Allegheny College and is director of Writing Workshops in Greece: Thessaloniki and Thasos.
Of "Sentence," Bakken writes: "This poem was written during a very cold night at the Virginia Center for the Creative Arts. An ice storm arrived during my residency and the power went out-so we had no heat. I could see my breath inside my little studio, but words were coming to me and so I stayed put, layering on every item of clothing I had with me, and writing by flashlight at night. I'd been thinking about Greece, as I almost always am, specifically about the winters there, when tourists depart, and the rhythms of life and labor slow almost to a halt and the Greeks are left to themselves.
"The encounter described in the poem was in part remembered from the winter of 1993, when I lived in Thessaloniki, a beautiful, haunted city, in the final decade of a brutal century-one that had brought to Thessaloniki the devastations of the Holocaust, not to mention more recent outbursts of xenophobia and violence. Just a few hours north, war was raging in a place that had once been called Yugoslavia.
"As the poem's long, single sentence gathered momentum, bringing new things to bear upon the scene, the frozen priest arrived and I let him thaw."

Edward Hirsch was born in Chicago in 1950 and educated at Grinnell College and the University of Pennsylvania, where he received a PhD in folklore. For the Sleepwalkers (1981), his first collection of poems, received the Delmore Schwartz Memorial Award from New York University and the Lavan Younger Poets Award from the Academy of American Poets. Wild Gratitude (1986), his second book, won the National Book Critics Circle Award. Since then, he has published seven additional books of poems: The Night Parade (1989), Earthly Measures (1994), On Love (1998), Lay Back the Darkness (2003), Special Orders (2008), The Living Fire: New and Selected Poems (2010), and Gabriel: A Poem (2014), a book-length elegy that received the National Jewish Book Award. He is the author of five prose books, including A Poet's Glossary (2014), Poet's Choice (2006), and How to Read a Poem and Fall in Love with Poetry (1999), a national bestseller. He taught for six years in the English department at Wayne State University and seventeen years in the creative writing program at the University of Houston. He is now president of the Guggenheim Foundation. He has received a MacArthur Fellowship, an Ingram Merrill Foundation Award, a Pablo Neruda Presidential Medal of Honor, the Prix de Rome, and an Academy of Arts and Letters Award. He lives in Brooklyn, New York