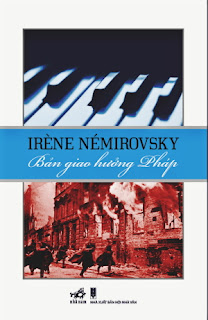 David Golder, The Ball, Snow in Autumn, The Courilof Affair

You are the enemy of all my childhood… Never will I be able to live happily with you. The man I want to live side by side with would never have known my mother, or my home, not even my language or my native country; he would take me far away, it doesn’t matter where.

Le Vin de solitude is part novel, part autobiographical fantasy, but mainly an indictment of a mother who casts her daughter in the role of sexual rival, thereby robbing her of her childhood and precipitating her too early into a world of adult passions. Jézabel (1936) is an even more lurid attack on the mother figure. Here a narcissistic socialite of a certain age, obsessed with her public image, purposely lets her nineteen-year-old daughter bleed to death in childbed rather than have it emerge that she has become a grandmother (years later the spurned grandchild will return to blackmail her). Books like Jézabel, dashed off in a hurry, offering sensationalistic glimpses into the lives of the fast set, make it easier to understand why Némirovsky was not taken seriously by the literary world of her day.
Némirovsky’s real-life mother was, by all accounts, not a nice person. When in 1945 her orphaned granddaughters, aged sixteen and eight, turned up on her doorstep, she refused them shelter (“There are sanatoriums for poor children,” she is reputed to have said). Nonetheless, it is a pity we will never hear her side of the story.