"Avenger in a raincoat" 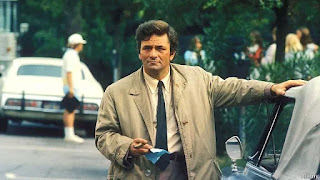 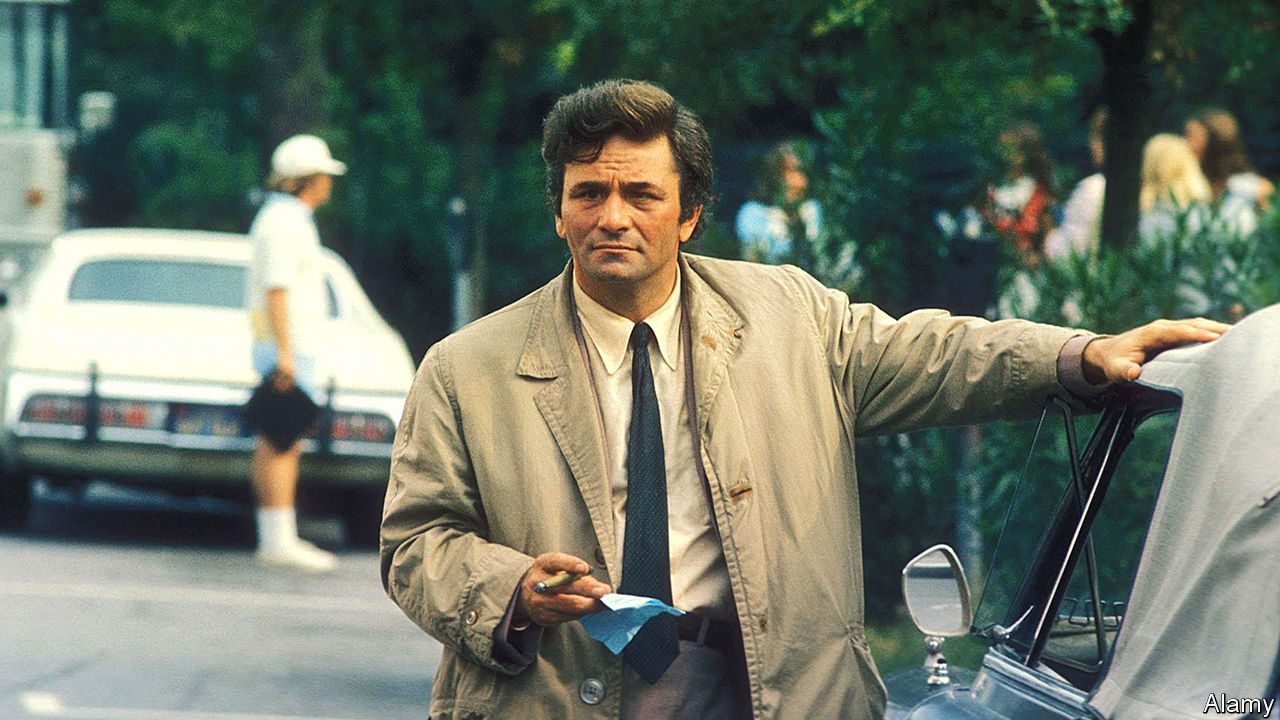 IN “CRIME AND PUNISHMENT” Raskolnikov, the murderer and anti-hero, is tormented by a detective. Porfiry Petrovich seems to know Raskolnikov is guilty from the start and keeps reappearing in the hope of provoking a confession. Richard Levinson and William Link, two American screenwriters, had studied Fyodor Dostoyevsky’s great novel at university and drew on the figure of Porfiry when creating an investigator of their own.

The lasting success of the character of Columbo and the television series of that name owed much to Peter Falk (pictured), the actor who played the main part. Although others had taken brief turns in the role, Falk, with his shabby raincoat and cigar, became a TV great with his portrayal. (He won four Emmys and a Golden Globe for his efforts.) The show attracted other rising stars, too. An early episode was directed by a promising young auteur named Steven Spielberg, with a script by Steven Bochco—who later developed “Hill Street Blues”, “ LA Law” and “ NYPD Blue”.

“Columbo” was a hit in spite of its unusual format: in nearly all the episodes, the identity of the murderer is known from the start. The viewer sees an apparently perfect crime being committed. Columbo appears after 15 or 20 minutes, and thereafter the mystery lies in how he will catch the killer. The detective initially seems absent- minded or bumbling—an apparent guilelessness that leads the villain to under estimate him. But before long he spots a small inconsistency, then another and another. He worries away at the crime like a terrier shaking a rat.

The series is set around Los Angeles and the murderer is often a celebrity of some kind. Columbo exploits the baddies’ fame to undermine their defences, sometimes by claiming his wife is one of their biggest fans. But the suspects quickly become exasperated by the detective’s persistence, as Columbo repeatedly turns up to inquire about “just one more thing”.

The culprit may attempt to evade Columbo’s suspicions by taking further action to cover up the original crime, such as killing a witness or trying to incriminate someone else. This second offence usually proves their downfall. The finale frequently involves Columbo playing a trick on the murderer that forces them to confess or reveal their guilt. Sometimes the viewer may wonder whether Columbo’s tactics—and some of the vital evidence—would actually stand up in court. But such concerns are quickly forgotten: this is comfort-food storytelling rather than gritty realism.

The episodes released in the 1970s are by far the best and feature a variety of guest murderers including Dick Van Dyke, Leonard Nimoy, Janet Leigh and Johnny Cash. When the series was revived in 1989, the episodes were longer, more meandering and relied heavily on Falk’s charm. Today the original show offers a welcome dose of familiarity to veteran viewers and reassurance all round, like the comedies of P.G. Wodehouse or the mysteries of Agatha Christie. No matter how ingenious or powerful the villains might be, it insists, a little scruffy guy like Columbo will always be there to catch them out. ■