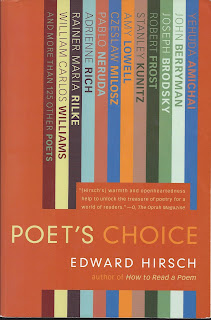 SELF-PORTRAITS
I paint myself
-PABLO PICASSO
RAINER MARlA RILKE was thirty-one years old and living in Paris when he wrote his searching, off-balance sonnet "Self-Portrait in the Year 1906." My favorite translation, if that is the right word, is Robert Lowell's version in Imitations, a book that can be reread in Frank Bidart and David Gewanter's definitive edition of Lowell's Collected Poems.
Lowell took his idea of "imitation" from Dryden, who in turn borrowed the term from Crowley. "I take imitation of an author ... to be an endeavor of a later poet to write like one who has written before him, on the same subject," Dryden declared in Ovid and the Art of Translation (1680); "that is, not to translate his words, or be confined to his sense, but only to set him as a pattern, and to write as he supposes the author would have done, had he lived in our age, and in our country."
Lowell could be so free with his texts that they become virtually unrecognizable-"1 have been reckless with literal meaning," he confessed-but I find his rhyming version of Rilke's self-portrait utterly convincing. Here, Rilke's seriousness finds a formal American idiom that also feels natural:
SELF-PORTRAIT
The bone-build of the eyebrows has a mule's
or Pole's noble and narrow steadfastness.
A scared blue child is peering through the eyes,
and there's a kind of weakness, not a fool's,
yet womanish-the gaze of one who serves.
The mouth is just a mouth ... untidy curves,
quite unpersuasive, yet it says its yes,
when forced to act. The forehead cannot frown
and likes the shade of dumbly looking down.

A still life, nature morte-hardly a whole!
It has done nothing worked through or alive,
in spite of pain, in spite of comforting ...
Out of this distant and disordered thing
something in earnest labors to unroll.

Lowell captures Rilke's playful and anguished tone, the ruthless self-critical gaze of a young artist who feels unfinished, incomplete, haunted by his own weakness. Rilke used the occasion not only to recognize but also to declare his own inner conviction, his deep sense of artistic mission. He had already apprenticed himself to Rodin when he wrote this poem, and he had taken from the master an unshakable sense of "the great work."
Lowell's version of Rilke's sonnet stands behind Frank Bidart's poem "Self-Portrait, 1969," which appeared in his breakthrough first book, Golden State (1973). Bidart adds something more open and hesitant, something more radically self-questioning to the form. His complex, original mode of punctuation gives the sense of a man brooding, of consciousness at work. It nails down the way the poet hears phrases coming to him. He stares at himself in the mirror; he responds intensely to what he has just written. Bidart brings to the self-portrait a Yeatsian sense of lyric as a form of arguing with oneself
SELF-PORTRAIT, 1969
He's still young-; thirty, but looks younger-
or does he? ... In the eyes and cheeks, tonight,
turning in the mirror, he saw his mother,-
puffy; angry; bewildered ... Many nights
now, when he stares there, he gets angry:-
something unfulfilled there, something dead
to what he once thought he surely could be-
Now, just the glamour of habits...
Once, instead,
he thought insight would remake him, he'd reach
-what? The thrill, the exhilaration
unraveling disaster, that seemed to teach
necessary knowledge ... became just jargon.

Sick of being decent, he craves another
crash. What reaches him except disaster? 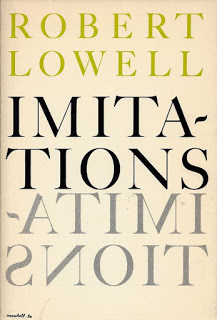