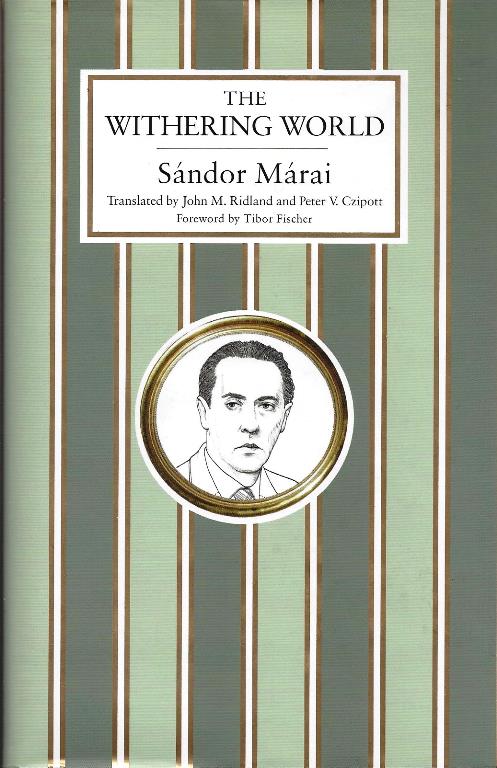 “My homeland was a feeling, and that feeling was mortally wounded…What we swore to uphold no longer exists… There was a world for which it was worth living and dying. That world is dead”.
Sándor Márai: The Candles Burn Down

Conversations in Bolzano begins as historical fiction of a routine kind, but the busy filling-in of background and recreation of milieu is happily soon over and the book can settle down to being what Marai wants it to be: a vehicle for expressing his ideas on the ethics of art. Further translations from Marais fictional oeuvre are promised; but nothing made available thus far to readers without Hungarian contradicts the impression that, however thoughtful a chronicler of the dark decade of the 1940S he may have been, however bravely (or perhaps just unabashedly) he may have spoken up for the class into which he was born, however provocative his paradoxical philosophy of the mask may be, his conception of the novel form was nevertheless old-fashioned, his grasp of its potentialities limited, and his achievements in the medium consequently slight.
(2002)
Coetzee: Sandor Marai [in Inner Workings]

'The world has no need of Hungarian literature," Sándor Márai noted in his diary in 1949. Considered by many to be the finest writer of prose in the Hungarian language, he was in exile in Italy. "Back home, literature has disappeared... the country has collapsed: in its place all that's left is a communist Russian colony." He believed he faced two forms of artistic suicide: tailoring his work for "foreign tastes" or writing for non-existent Hungarian readers in a "deaf nothingness". In the end Márai committed suicide for real; but it was in California in 1989, old, ill, poor, alone, having written to the very last.