Cuốn này, đọc song song với Sa Mạc Tarta, mới thú. Như lời giới thiệu & tiểu sử Buzzati
DINO BUZZATI (1906-1972) was a painter, playwright, poet, novelist, short story writer, opera librettist, mountaineer, and science fiction writer, and-from the age of twenty-two until his death-worked as a journalist with the Italian newspaper “Corriere delta Sera”. In writing his books, he drew on folk tales, but he believed that fantasy should be written with all the detail of a newspaper account.
Buzzati's most famous book for adults, THE TARTAR STEPPE, shares with THE BEARS' FAMOUS INVASION OF SICILY a concern with the difficulty of keeping up one's courage in a confusing and often threatening world.
LEMONY SNICKET, author of the New York Times best-selling Series of Unfortunate Events, is widely regarded as one of the most difficult children's authors to capture and imprison. Recently, he had to give up his hobbies due to laws regarding musical performances in mountainous terrain. Most things written about him are not true, but this is. 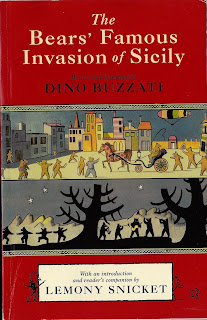 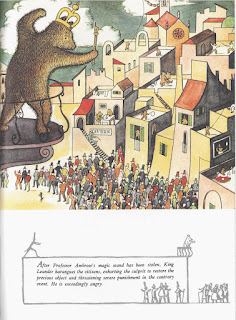 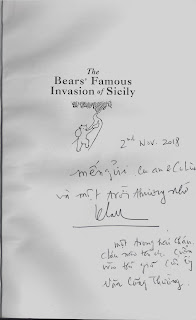