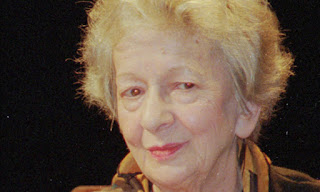 Born Anna Gorenko to a wealthy family in Odessa in 1889, Akhmatova was made to adopt a pen name by her father, who cautioned her against shaming the family name...

Born Anna Gorenko to a wealthy family in Odessa in 1889, Akhmatova was made to adopt a pen name by her father, who cautioned her against shaming the family name by becoming a “decadent poetess”. Yet her first two collections of poetry, Evening (1912) and Rosary (1914), won her instant critical acclaim and popularity. Along with the poets Nikolay Gumilev (Akhmatova’s first husband), Osip Mandelstam and Sergey Gorodetsky, Akhmatova founded the Acmeist school of writing, which emphasized concreteness and craft over the vague, more ephemeral concerns of the Symbolist movement. But after Gumilev was executed by the Bolsheviks in 1921, Akhmatova encountered strong resistance to publishing her work; an unofficial ban on her verse remained in place from 1925 to 1940. In spite of censorship and harassment from the government in the years after the Second World War – a Central Committee Secretary expelled her from the Writer’s Union, calling her “half-nun, half-harlot” – Akhmatova could never bring herself to leave her beloved country or its people.
In “Boris Pasternak”, Akhmatova elegizes another towering figure of Russian literature who, in books including Second Birth (1932) and Dr Zhivago (1957), sought to capture life as it was in their country between the Russian Revolution in 1905 and the Second World War. The two writers were close throughout their lives; Pasternak proposed to Akhmatova on numerous occasions (even while married to another woman), and though she never assented, they remained admirers of one another’s clear speech and ability to “peer” into the terror that surrounded them and their loved ones. Here, Akhmatova praises the way Pasternak reveals the bleakness and hunger of that time by “counting the grains / In the blasted ears” and “making a song out of graveyard thistles”. His gaze is so penetrating that “ice grieves and liquefies”.
In Pasternak’s “eternal childhood”, Akhmatova tells us, he observes with silence and care, “tiptoeing over pine needles, / So as not to startle the light sleep of space”. Her final lines remind us just how many lives Pasternak touched: though only a small notice of his death appeared in the Literary Gazette in 1960, admirers posted handwritten notices with the date and time of his funeral throughout Moscow’s subway system. As a result, thousands flocked to the small village of Peredelkino to attend the services, and to honour him “for filling the world” – as Anna Akhmatova did – “with a new sound”.

He who has compared himself with the eye of a horse
Peers, looks, sees, identifies,
And instantly like molten diamonds
Puddles shine, ice grieves and liquefies.

In lilac mists the backyards drowse,
And depots, logs, leaves, clouds above;
That hooting train, that crunch of watermelon rind,
That timid hand in a perfumed kid glove . . .

All’s ringing, roaring, grinding, breakers’ crash –
And silence all at once, release;
It means he is tiptoeing over pine-needles,
So as not to startle the light sleep of space.

And it means he is counting the grains
In the blasted ears: it means
He has come again to the Daryal Wall,
Accursed and black, from another funeral.

And again Moscow, sweltering, burns,
Far off the deadly sleighbell chimes;
Someone is lost two steps from home
In waist-high snow. The worst of times . . .

For having compared smoke with the Laocoon,
For making a song out of graveyard thistles,
For filling the world with a new sound
Of verse reverberating in new space,
He has been rewarded by a kind of eternal childhood,
With the generosity and brilliance of the stars;
The whole of the earth was his to inherit
And his to share with every human spirit.