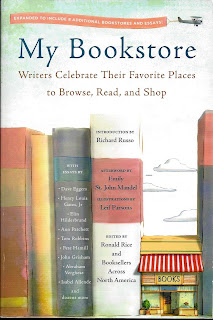 I am old-fashioned. I believe that one should have a personal doctor, a dentist, a hairdresser, and, of course, a trusted bookstore. I wouldn’t think of buying books at random, without my bookseller's recommendation, no matter how good the reviews may be. Fortunately I when I immigrated to the United States twenty-five years ago -because I fell in lust with a guy whom I eventually forced into marriage - I ended up living in Marin County, California. Almost immediately, I found the perfect bookstore. However, to find the proper doctor, dentist, and hairdresser took some time. Book Passage, an independent bookstore in Corte Madera, is only ten minutes away from my home, and it rapidly became my refuge and the extension of my office. The owners, Elaine and Bill Petrocelli, welcomed me with open arms; not because I was a writer, but because I was a neighbor.
Since 1987 I've started the tours for each of my books at Book Passage, the favorite place for authors on tour because they get an enthusiastic audience and are treated like celebrities, even when they are not. I have had the opportunity to attend readings by great writers, politicians, scientists, stars, gurus, and many more whom I would never have met elsewhere. I have enjoyed fabulous meals at the Cooks with Books events organized by the store in classy restaurants. Due to the requirements of my job, I am a nomadic traveler. Before any journey I visit the store's great travel section, where I get maps and information, including, for example, where to buy beads in Morocco or where to get the best pasta in Florence.
Book Passage is much more than a store for me: It's the place where I meet friends, journalists, students, readers, and fellow writers; it's where I have my mailbox and an open account for me and my family to buy and to order all our books. As soon as my grandchildren learned to dial a phone they would call the store to order kids' books and then call again if they didn't get them the next day. For years, they were present every Sunday at story hour, and they were the first ones in line, wearing the appropriate outfits, for the fun midnight Harry Potter parties.
Willie Gordon, my husband (yes, the same guy I met a quarter of a century ago), retired as a lawyer and decided to become a writer. I couldn't believe that he intended to compete with me but he persisted. At Book Passage he attended the Annual Mystery Writers Conference and opted for crime novels as the most appropriate genre for him, not because he has a particularly mean streak, but because he knows a lot about law and forensics. He took writing classes and read the books suggested by the staff. To my dismay, Willie has writ ten five novels in the last few years, translated into several languages. Nothing pleases Elaine Petrocelli so much as to see a student at her conferences return a couple of years later to teach as a published author. Willie is just one of many cases. Elaine is the first person to read Willie's manuscripts and review them. Bill helped Willie to publish in the States.
The buyer at Book Passage selects novels, audiobooks, and reader’s copies for me. I don't even bother to choose my own reading material! She gave me “The Kite Runner” by Khaled Hosseini and “The Madonnas of Leningrad” by Debra Dean and Cutting for Stone by Abraham Verghese in manuscript, long before they were published. With the help of the store's knowledgeable staff I have researched sixteen books, including several historical novels and-go figure!-a treatise about aphrodisiacs. Before writing a trilogy for young adults I attended the store's Children's Writers Conference, and later, so that I could learn what kids really like to read, they organized a yearlong kids’ book club.
This bookstore is the cultural soul of a large community. It's the place to take writing classes, learn languages, attend conferences, participate in book clubs and speakers' series, and, if you are a teenager, Twitter-talk (whatever that is). Elaine and Bill Petrocelli work with schools, community organizations, and restaurants, they do fund-raising for many causes, and they have a partnership with Dominican University so that students can receive credit for classes and conferences. Their clientele is so loyal that Amazon and the chains  have not been able to put them out of business, and, let me tell you, they have tried.
The only place as comforting as a friendly bookstore is probably your grand-mother's kitchen. The sight of shelves packed with books of all kinds, the smell of printed paper and coffee, and the secret rustle of the characters that live in the pages warm up any heart. I go to Book Passage to pass the time, to read, to gossip, and to lift my spirit. But I have also gone there to share my sorrow, as I did when I was grieving for my daughter's death. At the store, amidst all those books, many of which were painful memoirs, I realized that had to write Paula's story, as others had written about their broke hearts before me. During that terrible year of mourning I spent man hours at Book Passage writing by hand, sipping tea, and wiping my tears, supported by my friends at the store who kept me company while respecting my privacy.
Sometimes, when I have a fight with Willie, or when I feel particularly nostalgic, I fantasize about going back to live in Chile, but I know it will never happen-because my dog can't travel so far, and I am not willing to lose Book Passage.

ISABEL ALLENDE is the best-selling author of nine novels including The House of the Spirits, Inés of My Soul, Portrait in Sepia, and Daughter of Fortune. 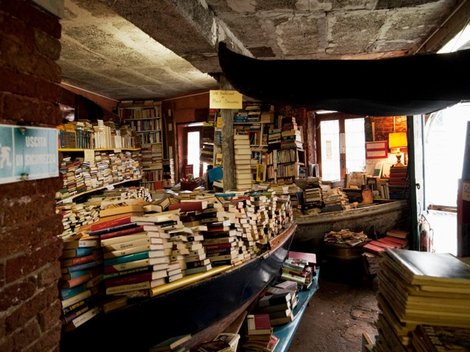