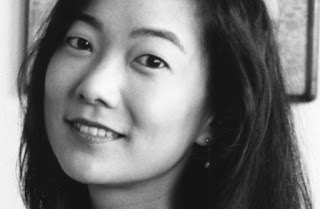 Suji Kwock Kim was educated at Yale University, the University of Iowa, Stanford University, and the University of California-Berkeley. As a former Fulbright Scholar, she studied at Seoul National University and Yonsei University, where her great-grandfather had been professor and dean of the graduate school and cofounder of the Korean Language Society (조선어학회), which was organized in resistance to the Japanese occupation. She is the author of the poetry collections Disorient (forthcoming) and Notes from the Divided Country (2003), which won the Addison Metcalf Award from the American Academy of Arts and Letters, the Walt Whitman Award from the Academy of American Poets, the Bay Area Book Reviewers Award, and was a finalist for the Griffin Prize. She cowrote Private Property, a multimedia play performed at the Edinburgh Festival Fringe.

She is the recipient of fellowships from the Whiting Foundation, the NEA, Fulbright/IIE, Blakemore Foundation for Asian Studies, Korea Foundation, and Japan-U.S. Friendship Commission. Her work has appeared in the New York Times, the Washington Post, the Los Angeles Times, Slate, the Nation, the New Republic, and the Paris Review; and has been performed by the Tokyo Philharmonic Chorus and recorded on National Public Radio.

Better not to have been born
than to survive everyone you loved.

There's no one left of those who lived here once,
no one to accuse you, no one to forgive you-

only beggar boys or black-market wives
haggling over croakers and cuttlefish,

hawking scrap-iron and copper-pipes stripped from factories
in the shadow of the statue of the Great Leader.

Only streets emptied of the villagers you knew,
only the sound of steps of those no longer living,

ghosts grown old, grim shadows of what they had once been:
some in handcuffs, some in hoods taken away at midnight,

some roped and dragged into Soviet Tsir trucks
driven to the labor camps that "don't exist."

Every absence has a name, a face, a fate:
but who, besides you, remembers they were ever alive:

You don't know why you were spared,
why you breathe walk drink eat laugh weep-

never speaking of those who had been killed,
as if they had never existed, as if the act of surviving them

had murdered them.
Forget, forget! But they want to be remembered.

Better people than you were shot:
do you think your life is enough for them?

For the silence
is never silent: it says We hate you 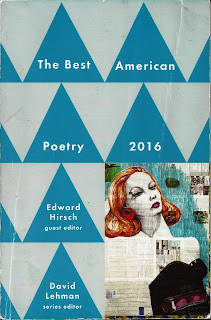 By Ko Un
Translated by Suji Kwock Kim and Sunja Kim Kwock
Why I’m going to the Taklamakan Desert:
the emptiness there.

Why I’m going to the Taklamakan Desert
at seventy-five, leaving all words behind: the cry
of the emptiness there.

Why I’m going to the Taklamakan Desert:
I can no longer stand
the world’s greed
or mine.

There, in the Taklamakan Desert,
the silence of a thousand-year-old skull.