THE FALL OF SAIGON 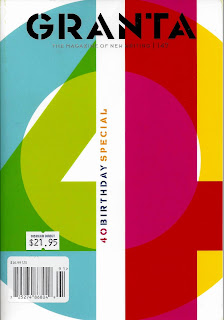 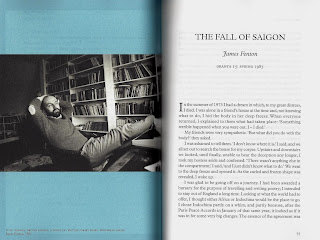 
'You number one, Saigon,' he said, with a slight note of terror in his voice.
The weather had cleared up, and I left him, strolling along past the market stalls. Here, you could buy US Army foot powder in bulk, K-rations, lurp-rations (for Long Range Reconnaissance Patrols), souvenir Zippo lighters (engraved YEA THOUGH I WALK THROUGH THE VALLEY OF THE SHADOW OF DEATH I SHALL FEAR NO EVIL, FOR I AM THE EVILEST SONOFABITCH IN THE VALLEY), khaki toothbrushes and flannels, and model helicopters constructed out of used hypodermics. You could also buy jackets brightly embroidered with the words WHEN I DIE I SHALL GO TO HEAVEN, FOR I HAVE SPENT MY TIME IN HELL- SAIGON, and a collection of GI cartoons and jokes called Sorry 'bout that, Vietnam. Five years ago, there had been over 500,000 American GIs. Now there were none.
As I approached the hotel people began asking how the baby was, and smiling when I replied, 'OK.' I began to think: Supposing they were all in it together? Suppose the old woman, the taxi driver, the man whose van stalled, the engine driver - suppose they were all now dividing the proceeds and having a good laugh at my expense, congratulating the child on the way it had played its role? That evening I would be telling the story to some old Saigon hand when a strange pitying smile would come over his face. 'You went to Cholon, did you? Describe the doctor ... uh-huh ... Was there a jigsaw puzzle of the Italian Lakes? Well, well, well. So they even used the toothpaste trick. Funny how the oldest gags are still the best ... '
Indeed I did have rather that conversation a few days later, with an American girl, a weaver. It began: 'You realise, of course, first of all that the taxi driver was the husband of the old woman ... ' But I do not think there was a conspiracy. Worse, I should rather conclude that the principals involved were quite right not to trust the hospital doctors with a beggar's child. It was for this reason that the hotel receptionist had countermanded my orders to the taxi-man, I learned afterwards, and many people agreed with her.
When the old woman came back on the streets, I hardly recognised either her or the child, who for the first time looked conscious and well. 'Baby-san OK now, no sick,' she said, gazing at me with an awful adoring expression, though the hand was not stretched out for money.
And when I didn't reply she turned to the child and told it something in the same unctuous tones. This performance went on for the rest of my stay: whenever I was around the child would be made to look at the kind foreigner who had saved its life. I had indeed wanted to save the child's life, but not in that way, not on the old woman's terms.
I was disgusted, not just at what I saw around me, but at what I saw in myself. I saw how perilously thin was the line between the charitable and the murderous impulse, how strong the force of righteous indignation. I could well imagine that most of those who came to Vietnam to fight were not the evilest sons-of-bitches in the valley. It was just that, beyond the bright circle illuminated by their intelligence, in which everything was under their control and every person a compliant object, they came across a second person - a being or a nation with a will of its own, with its own medicine, whether Fishing Pills or pink toothpaste, and its own ideas for the future. And in the ensuing encounter everything had turned to justifiable ashes. It was impossible in Saigon to be the passive observer. Saigon cast you, inevitably, into the role of the American. +