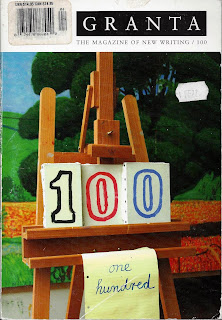 When the cartoonist Charles M. Schulz announced that he was going to stop drawing the “Peanuts” comic strip, he allegedly received a flood of reader requests, all asking for the same thing: “please, just once before you stop, let Charlie Brown kick the football.” But Schulz set his face against his readers' wishes, and followed the logic of his characters instead. If Lucy van Pelt allowed Charlie Brown to kick the football, if she didn't whip it away at the last moment from his eternally trusting, eternally betrayed feet, then she would cease to be Lucy. If Charlie Brown kicked the football, he would no longer be Charlie Brown.
For Charlie Brown and Lucy, their ethos, as Heraclitus said two and a half thousand years ago, their way of being in the world, is their “daimon”, the guiding principle that shapes their lives. And their author, having created them, is no longer omnipotent, but bound by his creation. Pinocchio is no longer a marionette; he once had strings, but now he's free. He's a real, live boy.
Heraclitus himself was lost and never found, and all that remains are quotations from him in the works of other writers, some in the original Greek, some paraphrased or translated into Latin, just a few broken potsherds numbered from 1 to 130 like fragments in a drawer in a museum. In these remains he comes across as something of a mixed bag, part wise man, part fortune cookie:

51
An ass prefers a bed of litter
to a golden throne.

70
The beginning is the end.

99
The ape apes find
most beautiful
looks apish
to non-apes.

It's hard to take some of this stuff seriously, although there are manywise people who take it very seriously indeed, and to these wisepeople one is tempted to say:

109
Stupidity is better
kept a secret
than displayed.

And yet Heraclitus was a remarkable fellow by all accounts, a genuine seeker after truth. Like the Buddha, he was born a prince, in his case in and of Ephesus, and like the Buddha, he renounced power in order to seek what he would have called wisdom (“Sophos”), which the Buddha called enlightenment. And some of the fragments have plenty to say to me. For example:

4
People dull their wits with gibberish,
and cannot use their ears and eyes.

13
The eye, the ear,
the mind in action,
these I value.
Although obviously I'm disappointed to hear him say:

14
Now that we can travel anywhere,
we need no longer take the poets
and myth-makers for sure witnesses
about disputed facts.