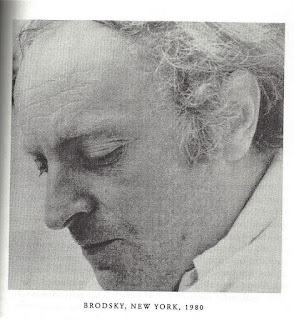 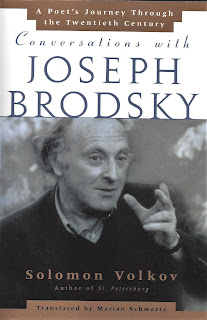 Already madness dips its wing
And casts a shade across my heart,
And pours for me a fiery wine
Luring me to the valley dark.

I realize that to this madness
The victory I must yield,
Listening closely to my own
Delirium, however strange.

This second stanza may be the best in all of Requiem. Those last two lines pronounce the greatest truth. Akhmatova is describing the state of the poet who is looking at everything that is happening to her as if she were standing off to one side. For the poet, the writing of this is no less an event than the event she is describing. Hence her reproaches to herself, especially when it's a matter of the imprisonment of a son, or whatever the misfortune might be. You start cursing yourself horribly: what kind of monster are you if you can be seeing this whole horror and nightmare as if it had nothing to do with you? Arrest, death (in Requiem people are constantly on the brink of death)-these kinds of situations really exclude any possibility of an adequate reaction. When someone is weeping, that is the weeper's private affair. When someone writing weeps, when he is suffering, he actually gains something from the fact that he's suffering. The writer can suffer his grief in a genuine way, but the description of this grief is not genuine tears or gray hair. It is only an approximation of a genuine reaction, and the awareness of this detachment creates a truly insane situation. Requiem is constantly balancing on the brink of insanity, which is introduced not by the catastrophe itself, not by the loss of a son, but by this moral schizophrenia, this splitting-not of consciousness but of conscience. The splitting into sufferer and writer.
Akhmatova's Requiem unfolds like a true drama, like a true chorus of voices. We're constantly hearing different voices-first a simple woman, then suddenly a poet, then before us is Mary. This is all done as it should be, in accordance with the laws of the requiem genre, but in fact Akhmatova was not trying to create a folk tragedy. Requiem is after all the poet's autobiography. The rationality of the creative process assumes a certain rationality of emotion, a hardened heart. That is what drives the author mad.
Volkov. In this sense, though, isn't Requiem really mirroring a real situation? As I understand it, Akhmatova did feel a certain indifference toward her son's fate, didn't she?
Brodsky. No, there was never any real indifference on her part. Indifference-if the word is applicable here at all-came with her art. Akhmatova was tormented and suffered incredibly over her son's fate, but when the poet Anna Akhmatova started writing ... When you write and try to do it as well as you can ... That is when you submit to the demands of the muse, the language, the demands of literature. It is a greater truth than the truth of experience. You are striving to create a tragic effect in one fashion or another, with one line or another, and inadvertently you sin against the ordinary truth, against your own pain.


Volkov. Lev Gumilyov, Akhrnatova's son, reproached her several times for not doing enough for him-either in childhood or in his prison camp years. I was talking with an old Latvian painter who was in a camp with Lev Gumilyov. When I mentioned Akhmatova, his face turned to stone, and he said, "She sent the very smallest packages." It was like hearing the reproachful voice of Lev Gumilyov himself.
Brodsky. Lev did blame her, and he said something to her that tormented Akhmatova greatly. I think it may have been the cause of her heart attack, one of the causes in any event. This isn't an exact quotation, but the sense of Gumilyov's words was this: "For you it would have been even better if I'd died in the camp." He meant "for you as a poet."
Even if an old friend had said it, my first thought would have been, "What a pig you are really." But this was her son saying it! Lev Gumilyov spent eighteen years locked up, and those years apparently maimed him. He decided that because he had endured so much, he could do anything, that from then on everything would be forgiven.
In the case of Lev Gumilyov, all kinds of psychological elements are layered in here as well. Above all, in the absence of his father, he was the man of the family, and although she was both a mother and a poet and Akhmatova, nonetheless, she was a woman. Therefore he thought he could tell her anything he felt like. All of this is the poor man's Freud, of course, but that's apparently how he manifested his masculinity. I gave this quite a lot of thought at one time-and Akhmatova would be the first to condemn me for getting mixed up in this-but her son did not end up occupying the high ground here. With this sentence about its being "better for her," he showed that he had let the camps cripple him, that ultimately the system had got what it was after.
Volkov. I think that attempts to set Requiem to music are going to continue.
Brodsky. Music, I fear, can lend this text only the aspect of melodrama.
Requiem's drama is not in the horrible events it describes but in what these events transform your individual consciousness into, your notion of yourself. The tragedy of Requiem is not the perishing of millions but the impossibility of the survivor coming to terms with this perishing. We're used to the idea that art somehow reacts to events in real life, but reaction is out of the question-not just to Hiroshima but to more minor occurrences as well. Occasionally you can create some kind of an artistic formulation that expresses your state of shock in the face of the horrors of reality, but this is a fortunate coincidence-in particular for the author's reputation. Take Guernica.
Volkov. In 1910, in Paris, the young Anna Akhmatova met Amedeo Modigliani. She was just starting out as a poet, and he was already a mature artist. From Akhmatova's memoirs about their romance, however, it's obvious that she understood the significance of what Modigliani was doing only with hindsight.
Brodsky. That's how it should be in love. It's much better, much more natural than the reverse. Akhmatova's memoirs of Modigliani don't mention art. These are simply the personal relations of two people.
Volkov. There is a drawing of Akhmatova by Modigliani (from 1911, probably). According to her, there were sixteen of these drawings. Akhmatova's memoirs are not entirely clear about the fate of the drawings: "They were destroyed in the Tsarskoye Selo house in the first years of the revolution." Did Akhmatova speak of this in more detail?
Brodsky. She did. Red Guards were quartered in the house, and they
smoked up Modigliani's drawings. They made hand-rolled cigarettes out
of them.
Volkov. In Akhmatova's description of this episode, you sense a certain
evasiveness. Did she understand the value of these drawings? Might she
herself have thrown them to the winds?
Brodsky. What would be the point? I'm sure she always had enough paper at home. She was writing poetry after all. Evidently this happened in her absence, though. *
Volkov. Do you think Akhmatova's relationship with Modigliani was
important for her?
Brodsky. As a happy memory, no question. After she gave me her notes
about Modigliani to read, Akhmatova asked, "Joseph, what do you think
of all this?" I said, "Well, it's Romeo and Juliet performed by the royalty." Which amused her no end.
Modigliani, by the way, was not the only one courting Akhmatova during her sojourn in Paris. None other than the famous pilot Bleriot ... Do you
know that story? I don't remember anymore where the three of them were
eating there in Paris: Nikolai Gumilyov, Akhmatova, and Bleriot, Akhmatova used to tell the story. "That day I'd bought myself new shoes, and they were a little tight. So I slipped them off under the table. After dinner,

•        A number of previously unknown drawings by Modigliani, depicting Akhmatova, some of them in the nude. turned up at the 1993 exhibition in Venice. entitled "The Unknown Modigliani: Drawings from the Collection of Paul Alexandre"-S.V.

This poem is not about escape from life, but "expresses faith in the most profound sense of the word. Strength here stems from the recognition that the poet has come from God and will one day return to Him, and that she must make her way through time to the place where there will be none."!