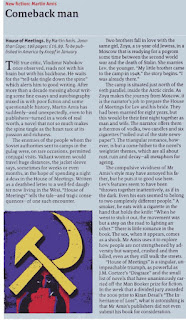 House of Meetings. By Martin Amis. Jonathan Cape; 1: 98 pages; £15.99. To be published in America by Knopf in January

THE true critic, Vladimir Nabokov once observed. reads not with his brain but with his backbone. He waits for the "tell-tale tingle down the spine" which alerts him to good writing. After more than a decade messing about writing some fine essays and autobiography mixed in with poor fiction and some questionable history, Martin Amis has suddenly-and unexpectedly, even to his publishers-turned in a work of real worth. a novel that not so much makes the spine tingle as the heart race at its passion and richness.

The enemies of the people whom the Soviet authorities sent to camps in the gulag were, on rare occasions, permitted conjugal visits. Valiant women would travel huge distances, the jacket sleeve says. sometimes for weeks or even months, in the hope of spending a night à deux  in The House of Meetings. Written as a deathbed letter to a well-fed daughter now living in the West, ”House of Meetings" tells the tale-and tragic consequences-of one such encounter.

Two brothers fall in love with the same girl. Zoya, a 19 year-old Jewess, in a Moscow that is readying for a pogrom some time between the second world War and the death of Stalin. She marries Lev, the younger. '"My little brother came to the camp in 1948," the story begins. "I was already there,"

The camp is situated just north of the 69th parallel. inside the Arctic circle. As Zoya makes the journey from Moscow, it is the narrator’s job to prepare the House of Meetings for Lev and his bride. They had been married for eight years, but this would be their first night together as man and wife. The narrator offers them a thermos of vodka, two candles and six cigarettes ("rolled out of the state newspaper"). The triangular romance, however, is but a come-hither to the novel’s weightier themes, which are all about rust, ruin and decay-all metaphors for ageing.

The compulsive vividness of Mr. Amis's style may have annoyed his father, but he puts it to good use here. Lev's features seem to have been “thrown together inattentively, as if in the dark. Even his ears seemed to belong to two completely different people." A smoker, he eats with a cigarette in the hand that holds the knife: "When he went to stub it out, the movement was but a step on the road to lighting another.” There is little romance in the book. The sex, when it appears, comes as a shock. Mr. Amis uses it to explore how people are not strengthened by adversity but warped, crushed and then killed, even as they still walk the streets.

“House of Meetings" is a singular, unimpeachable triumph, as powerful as J.M. Coetzee's "'Disgrace" and the small list of novels that have unanimously carried off the Man Booker prize for fiction. In the week that a divided jury awarded the 2006 prize to Kiran Desai's “The Inheritance of loss", what is astonishing is that Mr. Amis’s publishers did not even submit his book for consideration.

"A novel that doesn't read like any other, ranking as this renowned British author's best. Inside the provocative, philosophical, acerbic Amis, there has long seemed to be a Russian novelist straining to break out. Here, then, is Amis's contemporary version of a classic Russian novel. . . . The first-person memoir (or confession) confirms Amis's mastery of tone and the ambiguities of character [and] sustains the narrative momentum of a mystery, though it seems that some mysteries can never be solved."

An extraordinary novel that ratifies Martin Amis's standing as "a force unto himself," as The  Washington Post has attested: "There is, quite simply, no one else like him."
House of Meetings is a love story, gothic in timbre and triangular in shape. In 1946, two brothers and a Jewish girl fall into alignment in pogrom-poised Moscow. The fraternal conflict then marinates in Norlag, a slave-labor camp above the Arctic Circle, where a tryst in the coveted House of Meetings will haunt all three lovers long after the brothers are released. And for the narrator, the sole survivor, the reverberations continue into the new century.
Harrowing, endlessly surprising, epic in breadth yet intensely intimate, House of Meetings reveals once again that "Amis is a stone-solid genius ... a dazzling star of wit and insight" 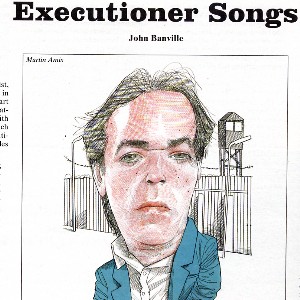 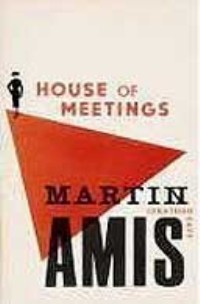 House of Meetings by Martin Amis Publisher Cape, £15.99 John Crace Monday October 2, 2006 The Guardian
The ship groans as I travel back to the Arctic tundra of the Russian gulags. Fuck. Forgive me if I swear; it's the last dirty thing an 85-year-old man can do. And you will hear of many worse deeds than that.
You know that I was a hero in the Patriotic war; that I was sentenced to 10 years in Norlag shortly after. You do not know that I raped many German women in 1945. I'm not proud, yet make no apologies. It was a way of life. For soldiers. And for women. We understood the rules. Life was different then. Russian different.
This may shock you. Good. It lets me feel the embers of my potency. Yet it should also enable you to understand. I cannot bear to have a woman without possessing her. Without knowing her sexual past. Know this and know me.
Let me start again. My little brother came to camp in 1948. I was strong, charismatic: Lev was short, inconsequential. But what he said registered an impressive contraction of my heart. "I married Zoya." 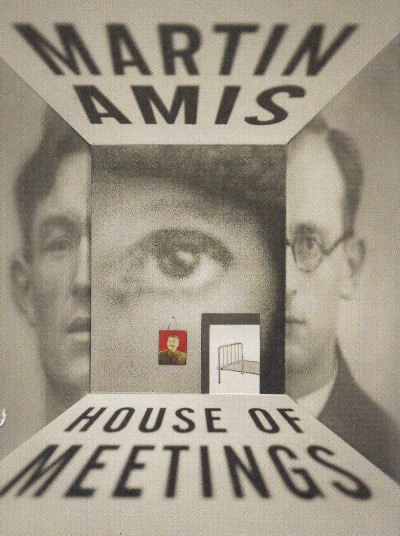