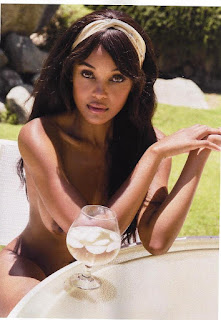 Self-Portrait on the Street
of an Unnamed Foreign City

000
The lettering on the shop window in which
you catch a glimpse of yourself is in Polish.

Behind you a man quickly walks by, nearly shouting
into his cell phone. Then a woman

at a dreamier pace, carrying a just-bought bouquet
upside-down. All on a street where pickpockets abound

along with the ubiquitous smell of something baking.
It is delicious to be anonymous on a foreign city street.

Who knew this could be a life, having languages
instead of relationships, struggling even then,

finding out what it means to be a woman
by watching the faces of men passing by.

I went to distant cities, it almost didn't matter
which, so primed was I to be reverent.
All of them have the beautiful bridge
crossing a gray, near-sighted river,

one that massages the eyes, focuses
the swooping birds that skim the water's surface.

The usual things I didn't pine for earlier
because I didn't know I wouldn't have them.
I spent so much time alone, when I actually turned lonely
it was vertigo.

Myself estranged is how I understood the world.
My ignorance had saved me, my vices fueled me,

and then I turned forty. I who love to look and look
couldn't see what others did.

Now I think about currencies, linguistic equivalents, how lopsided they are,
while my reflection blurs in the shop windows.

Wanting to be as far away as possible exactly as much as still with you.
Shamelessly entering a Starbucks (free wifi) to write this 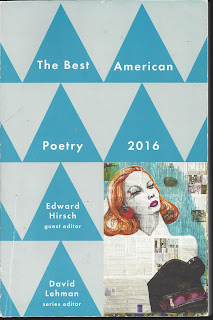