When You Go Away

This is what I have heard

what for
not for the fruit

with the sun already
going down

and the water
touching its roots

in the earth full of the dead
and the clouds passing

one by one
over its leaves

FOR THE ANNIVERSARY OF MY DEATH

The poems of Merwin’s mature career seemed to have been delivered unto him, then transcribed by lightning flash.
Photograph by Tom Sewell / NYT / Redux

Now we know the date. The anniversary of W. S. Merwin’s death was, all along, March 15th. He’d passed it ninety-one times and stopped on the ninety-second. But what did it matter, really, which of the three hundred and sixty-five notches on the roulette wheel would turn up as the winner? Here is “For the Anniversary of My Death,” among Merwin’s most famous poems:
Every year without knowing it I have passed the day
When the last fires will wave to me
And the silence will set out
Tireless traveler
Like the beam of a lightless star
Then I will no longer
Find myself in life as in a strange garment
Surprised at the earth
And the love of one woman
And the shamelessness of men
As today writing after three days of rain
Hearing the wren sing and the falling cease
And bowing not knowing to what
This little anticipatory poem has its way with time: it describes what Merwin imagines will have happened on March 15, 2019, but it is dedicated to, and reserved for, every March 15th thereafter. It’s a script for a commemorative ceremony, a eulogy banked years before its occasion. It also feels like a prank that Merwin played on us, the most chilling and ingenious trick that an American poet has played on his survivors since Walt Whitman challenged the rest of us to look for him, whenever we missed him, under our boot soles.
“For the Anniversary of My Death” is about the problem of being outlived. “Elegy,” Merwin’s great single-line poem—not the greatest short poem, but perhaps the shortest great poem, ever written—is about the converse problem, that of outliving. This is the poem in its entirety:
Who would I show it to
Poets write elegies, often, for other poets, but there is a paradox: the very figure whose sympathetic attention to their work allowed the work to flourish is now gone. An elegy can’t exist when its sponsor has become its subject. And yet the poem seems to answer, by a somewhat piqued rhetorical question, its subject’s request: Why haven’t you written my elegy?
Merwin was born in 1927, and grew up in Union City, New Jersey, and Scranton, Pennsylvania, where his father was a Presbyterian minister. The young Merwin composed hymns for his father’s church. A scholarship student at Princeton, he remembered working in the horse stables and apprenticing himself to R. P. Blackmur, the brilliant, gnomic critic, and to Blackmur’s friend, the poet John Berryman. His early poems were ominous, high-pitched, and starchy; when he broke with them, he broke for good. The poems of his mature career were often Delphic, haunted, and bleak. They seemed to have been delivered unto Merwin, who transcribed them by lightning flash: this effect of transcribed prophecy is achieved by their almost total lack of punctuation. This is how the jet stream must speak—or how a cleft in the bedrock might introduce itself. We have come very far from hardscrabble Pennsylvania or Merwin’s work-study job at Princeton. His several volumes of memoirs are extraordinarily warm, an interesting supplement to the stony verse. He lived, since the mid-seventies, on an abandoned pineapple plantation, in Hawaii, which he bought barren and turned, row upon row, into a lush forest of palm trees. Friends who have visited have come back changed.
Merwin published an excellent selected volume in 2017, which I reviewed in this magazine. I was finishing it up when I heard of the death of John Ashbery, who was born in the same year as Merwin. I remember thinking that Ashbery, in his bland, white high-rise in Chelsea, and Merwin, in his palm garden in Hawaii, were like the gates of the rising and the setting sun. American sentries: Ashbery faced east (his actual apartment faced slightly west; just go with it), and kept an eye on reality as it approached, always monitoring its fresh and new and bewildering presentations; Merwin looked west, and saw the moments as they bent toward obliteration, casting their long shadows backward. We’ll be in his shadow for some time yet.

W. S. Merwin’s last poems in The New Yorker are committed, above all, to the question of what lasts, and how, in a world essentially characterized by impermanence.
Photograph by Tom Sewell / NYT / Redux

When You Go Away: Remembering W. S. Merwin
By Kevin Young

Merwin
Khong Lo
Vietnamese
medieval, Ly dynasty
died 1119
The Ideal Retreat
I will choose a place where the snakes feel safe.
All day I will love that remote country.
At times I will climb the peak of its lonely mountain
to stay and whistle until the sky grows cold.
1967, translated with
Nguyen Ngoc Bich

Russian
1891-1938
I've come back to my city. These are my own old tears,
my own little veins, the swollen glands of my childhood.
So you're back. Open wide. Swallow
the fish oil from the river lamps of Leningrad.
Open your eyes. Do you know this December day,
the egg yolk with the deadly tar beaten into it?
Petersburg! I don't want to die yet!
You know my telephone numbers.
Petersburg! I've still got the addresses:
I can look up dead voices.
I live on back stairs, and the bell,
torn-out nerves and all, jangles in my temples.
And I wait till morning for guests that I love,
and rattle the door in its chains.
Leningrad. December 1930
1972, translated with
Clarence Brown
W.S. Merwin
I returned to my city, familiar to tears,
to my childhood's tonsils and
varicose veins.
You have returned here-then swallow
the Leningrad street-lamps' cod-liver oil.
Recognize now the day of December fog
when ominous street-tar is mixed with the yolk of egg.
Petersburg, I do not want to die yet
I have your telephone numbers in my head.
Petersburg, I still have addresses at which
I will find the voice of the dead.
I live on a black stair, and into my temple
strikes the doorbell, torn out with flesh.
And all night long I await the dear guests,
and I jangle my fetters, the chains on the door.
[Osip Mandelstam, Selected Poems, translated by David McDuff. Cambridge: River Press, 1973, p.111] (1)
Tôi trở lại thành phố của tôi, thân quen với những dòng lệ,
với cơn đau thịt thừa trong cổ họng thuở ấu thơ,
và chứng chướng tĩnh mạch 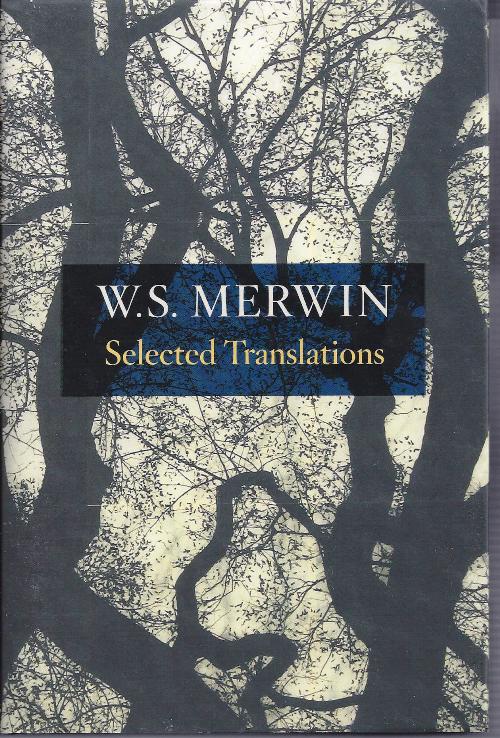 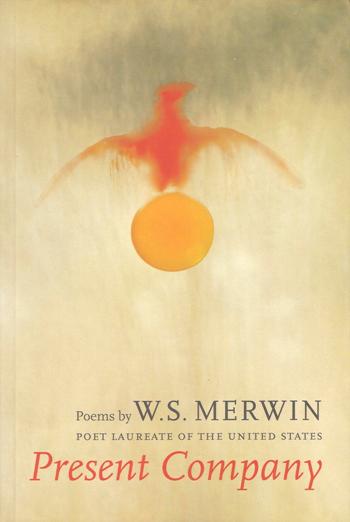 W. S. MERWIN
1927-
The following poem inspires us to reflect on what seldom crosses our minds. After all (literally after all), such an anniversary awaits every one of us.

Czeslaw Milosz
FOR THE ANNIVERSARY OF MY DEATH 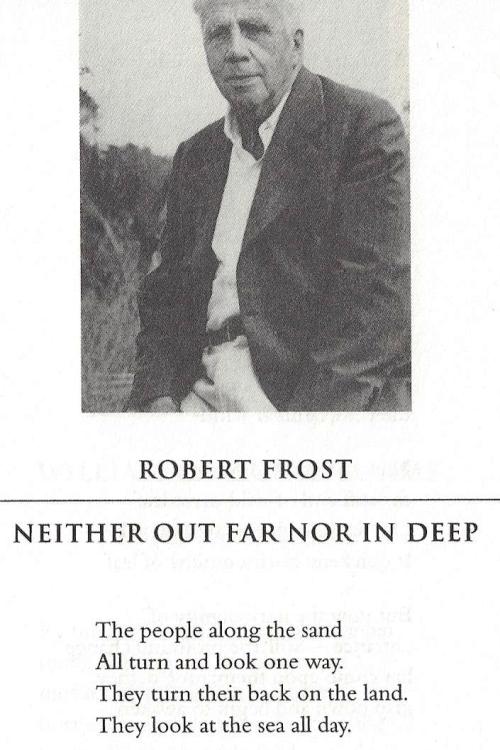 Lament for the makers: Khóc người làm thơ
ROBERT FROST
NEITHER OUT FAR NOR IN DEEP

The people along the sand
All turn and look one way
They turn their back on the land.
They look at the sea all day.
As long as it takes to pass
A ship keeps raising its hull;
The wetter ground like glass
Reflects a standing gull.
The land may vary more;
But wherever the truth may be-
The water comes ashore,
And the people look at the sea.
They cannot look out far.
They cannot look in deep.
But when was that ever a bar
To any watch they keep? 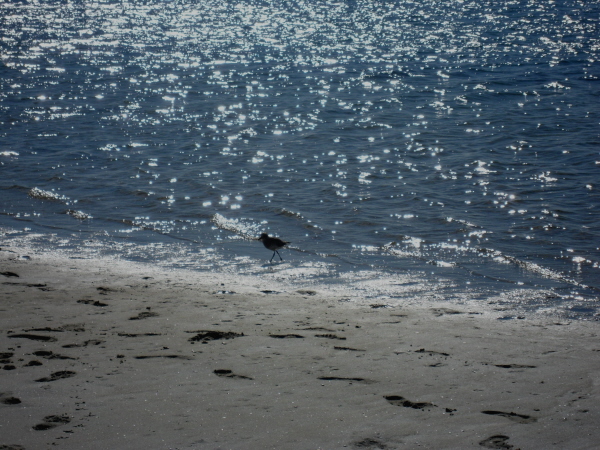 
The Ascetic Insight of W. S. Merwin
After escaping the anxiety of influence, the poet discovered a brilliant, elemental poetry.
By Dan Chiasson

Merwin, shown circa 1972, has deepened poetry by extracting its essence.