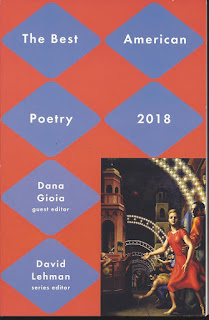 000
At the theater I learn shooting wild,
a movie term that means filming a scene
without sound, and I think of being a child
watching my mother, how quiet she'd been,

soundless in our house made silent by fear.
At first her gestures were hard to understand,
and her hush when my stepfather was near.
Then one morning, the imprint of his hand

dark on her face, I learned to watch her more:
the way her grip tightened on a fork, night
after night; how a glance held me, the door-
a sign that made the need to hear so slight

I can't recall her voice since she's been dead:
no sound of her, no words she might have said.

NATASHA TRETHEWEY was born in Gulfport, Mississippi, in 1966. She served two terms as the nineteenth Poet Laureate of the United States (2012-2014) and is the author of four collections of poetry: Domestic Work (Graywolf Press, 2000), Bellocq's Ophelia (Graywolf, 2002), Native Guard (Houghton Mifflin, 2006)-for which she was awarded the 2007 Pulitzer Prize-and Thrall (Houghton Mifflin Harcourt, 2012). In 2010 she published a book of nonfiction, Beyond Katrina: A Meditation on the Mississippi Gulf Coast (University of Georgia Press). Monument, a volume of new and selected poems, is forthcoming from Houghton Mifflin Harcourt in 2018. She has received fellowships from the Academy of American Poets, the National Endowment for the Arts, the Guggenheim Foundation, the Rockefeller Foundation,the Beinecke Library at Yale, and the Radcliffe Institute for Advanced Study at Harvard. In 2013 she was inducted into the American Academy of Arts and Sciences, and in 2017 she received the Heinz Award for Arts and Humanities. At Northwestern University she is Board of Trustees Professor of English.
Of "Shooting Wild," Trethewey writes: "I have been working on this poem for twenty years. I began writing it in 1997, twelve years after my mother's death, in an attempt to explore why the sound of her voice was the part of my memory of her that I began to lose first. Once, a few years after she was gone, I found an old cassette recording of her speaking. I put the tape in the cassette player and she came back to me, vividly, for a few moments. Then the tape snagged and no matter how many times I took it out, unraveled and rewound it, it would no longer play. It caught again and again on the reels until it snapped."