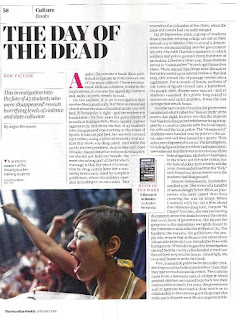 The Day of The Dead

The book I am currently reading

A new novel by Ben Lerner, in manuscript.

The book that changed my life

Cormac McCarthy's Blood Meridian made an
impact when I read it as a young person. But
maybe Proust changed something about the
way I write, even if! don't write like he does.
Something about a commitment to the full
complexity of a thought, the way he takes his
time to be precise.

The book that influenced my writing

The book that is most underrated

Practicalities by Marguerite Duras is a work
of genius.

The last book that made me cry

The Brothers Karamazov by Fyodor Dostoevsky.

The last book that made me laugh

My Year of Rest and Relaxation by Ottessa
Moshfegh.

The book I couldn't finish

Thomas Piketty's Capital in the 21st Century.
I was listening on audio book and there
were too many moments where the narrator
instructed me to turn to pdf1467.9, or
whatever. And usually I was driving. Although
I should say I did get through quite a lot of it.
My favourite part is the stuff about money in
19th-century novels.

The book I give as a gift

Alan Warner's Morvem Callar; and lately,
Margaret Jull Costa's new translation of
Fernando Pessoa's The Book of Disquiet (which
I also received as a gift). 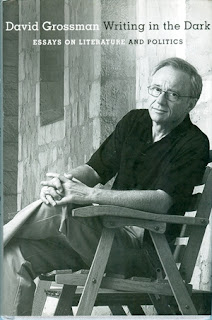