it can't be pierced
by a pen
an argument
a spear. ['Mr Cogito's Monster']
There is one further quality of his hard-to-describe monster that Mr Cogito might have mentioned: that it has somehow managed to transcend, or at least get beyond, good and evil, and is thus out of reach of the dry moralist's yes/no. To the monster all things are good in the sense that all things are consumable, including the ironist's little salt artefacts. 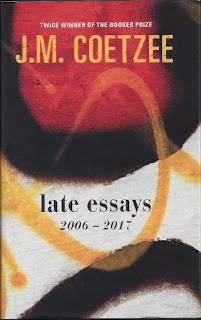 NATASHA TRETHEWEY
Shooting Wild
000
At the theater I learn shooting wild,
a movie term that means filming a scene
without sound, and I think of being a child
watching my mother, how quiet she'd been,
soundless in our house made silent by fear.
At first her gestures were hard to understand,
and her hush when my stepfather was near.
Then one morning, the imprint of his hand
dark on her face, I learned to watch her more:
the way her grip tightened on a fork, night
after night; how a glance held me, the door-
a sign that made the need to hear so slight
I can't recall her voice since she's been dead:
no sound of her, no words she might have said.
from Poet Lore

NATASHA TRETHEWEY was born in Gulfport, Mississippi, in 1966. She served two terms as the nineteenth Poet Laureate of the United States (2012-2014) and is the author of four collections of poetry: Domestic Work (Graywolf Press, 2000), Bellocq's Ophelia (Graywolf, 2002), Native Guard (Houghton Mifflin, 2006)-for which she was awarded the 2007 Pulitzer Prize-and Thrall (Houghton Mifflin Harcourt, 2012). In 2010 she published a book of nonfiction, Beyond Katrina: A Meditation on the Mississippi Gulf Coast (University of Georgia Press). Monument, a volume of new and selected poems, is forthcoming from Houghton Mifflin Harcourt in 2018. She has received fellowships from the Academy of American Poets, the National Endowment for the Arts, the Guggenheim Foundation, the Rockefeller Foundation,
the Beinecke Library at Yale, and the Radcliffe Institute for Advanced Study at Harvard. In 2013 she was inducted into the American Academy of Arts and Sciences, and in 2017 she received the Heinz Award for Arts and Humanities. At Northwestern University she is Board of Trustees Professor of English.
Of "Shooting Wild," Trethewey writes: "I have been working on this poem for twenty years. I began writing it in 1997, twelve years after my mother's death, in an attempt to explore why the sound of her voice was the part of my memory of her that I began to lose first. Once, a few years after she was gone, I found an old cassette recording of her speaking. I put the tape in the cassette player and she came back to me, vividly, for a few moments. Then the tape snagged and no matter how many times I took it out, unraveled and rewound it, it would no longer play. It caught again and again on the reels until it snapped."

THE unusually large number of Herbert's poems in this anthology is due to the fact that they translate exceptionally well, because of their intellectual structure. There is also, of course, the deep affinity I feel with his writings. He was over thirty when his first book of poems appeared. Before 1956 the price for being published was to renounce one's own taste and he did not want to pay it. His personal qualities (good health, toughness, an orderly mind) helped him to survive the war when he was a member of the underground movement, and later, the period of required political orthodoxy. The form of his poetry shows the continuity of a line going from the pre-war Second Vanguard through Rozewicz to younger poets, but his tone is unmistakable. If the key to contemporary Polish poetry is the collective experience of the last decades, Herbert is perhaps the most skillful in expressing it and can be called a poet of historical irony. He achieves a sort of precarious equilibrium by endowing the patterns of civilization with meanings, in spite of all its horrors. History for him is not just a senseless repetition of crimes and illusions, and if he looks for analogies between the past and the present, it is to acquire a distance from his own times. His theory of art is based upon the rejection of' purity': to the imperturbable Apollo he opposes the howling, suffering Marsyas, though his own reticent poetry is the opposite of a howl. I should add that his solid humanist formation - he has a diploma in law, has studied philosophy and history of art - explains many themes in his poems. Written after two years spent in France and Italy, his essays (on the Albigenses, on the Templars, on the proportions of the Greek temples in Paestum, on the accounts of medieval masonic guilds) are linked organically to his poetry, as are his short plays. He lives in Warsaw but visits Western Europe from time to time.