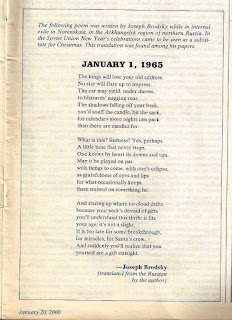 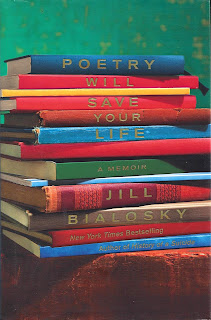 Old-world traits such as modesty, fear of standing out, insecurity, and distrust are part of my inheritance from my mother's ancestors, who grew up in Eastern Europe and immigrated to America. After World War I and the mass exodus of emigration, the children of immigrants in Cleveland, like in other cities in America, eventually moved up into the middle class, creating new institutions-synagogue centers, progressive Hebrew schools, Jewish community centers-attempting to assimilate and Americanize while at home there still lingered a feeling of difference. My great aunts and grandparents referred to anyone who wasn't Jewish as a Gentile. You were one or the other. There was a hierarchy among Jewish immigrant families. Men worked in the garment districts, or as tailors or peddlers; my paternal grandfather opened a pawn shop, my mother's father worked as a bank teller; women prepared the meals and took care of the children; and children were coddled. Fear lurked over our shoulders. Fear that history would repeat itself and all our ancestors had built, if they were not cautious, would be taken away.
I too am raised in this atmosphere of stuffy seclusion and distrust. All the rooms in my grandfather's house, where we go every Friday night for Shabbat, seem too small. There are doilies on the cherry wood tables that slip off if I lean on them. Prayer books, antique clocks, and tchotchkes from the old country don the shelves, mantles, and walls. I'm afraid I'll break something if I'm not careful. Sometimes around my relatives I can't breathe. My maternal great aunts are protective of us. They worry in the winter when we come to see them that we are not dressed warmly enough. They worry about the crosswalk across the street from our school and whether we'll get run down if we don't carefully look both ways. They think we are too thin or too plump. Protectiveness breeds fear and distrust. Being raised without a father perpetuates this fear. There is always the sense that instability and ruin are right around the corner. I am aware that being Jewish makes me different and am grateful that my face is not marked by typical Jewish features: big nose and kinky hair.
Once on Passover, I notice an extra place set at the table and a goblet of wine later poured, though no one drank it. At first I think that it is for a guest who has not arrived and then I think to myself maybe my father hasn't died at all, maybe it has all been a terrible lie or a trick and this cup of wine is for him and soon he will be home. My imagination runs wild. Later, in Hebrew school, I learn that the common tradition at a Seder is to have an empty cup for the prophet Elijah, which, at the end of the Seder, is filled with wine. During the Passover Seder we recount in the Haggadah the redemption of the Jews from Egypt and also express our hope for future redemption with the coming of the Messiah. The tradition is that Elijah the prophet, in his eventual coming, will be the one to announce the coming of the Messiah. No matter. In my mind, my father has become my own Jewish prophet. One day he will come. I am sure of it.
At the table we listen to the grown-ups talk while feeling squirrely in our creaky, wooden fold-up chairs, overheated from the cooking of brisket and potatoes that hangs heavy in the air. One uncle talks about a friend who was overlooked for a promotion because he was Jewish. My aunt won't serve the challah because my grandfather bought it at the grocery store instead of the Jewish bakery. "Is he Jewish?" another aunt prods my mother when she speaks about someone new she is dating. For my thirteenth birthday, I am given a gold Jewish star necklace as a present but I'm afraid to wear it outside my shirt. I don't quite understand the obsession with being Jewish. It seems to be a blessing and a curse.
At school, I don't like being the object of other people's attention. I don't know how to talk to adults. I bury my head in my books and rarely raise my hand or speak unless I am called on. In this way, I learn how easy and more comfortable it is to slip below the radar of authority. I don't trust teachers or adults in general. If a teacher speaks to me or gives me attention, no matter how kind, I read pity in her eyes. Pity to have lost a father, pity to have to write a card to her grandfather instead of her father for Father's Day. Pity morphs into a lack of trust. If a teacher praises an essay or paper I write, I can't take in the praise, and instead tell myself he or she just feels sorry for me. It's not a great way of being, but I don't know how to be anyone else. Why am I this way? Why this fear of stepping out? Of being known? This fear of happiness? Like many girls my age, I eventually read The Diary of Anne Frank and her story makes my blood run cold. I think how lucky she is to have been in seclusion, not just with her family but with Peter's family, and I am eager to skip to the parts in the diary where I anticipate Anne and Peter will have their first kiss. But, mostly, each page I turn leaves me with a pit in my stomach. Will this legacy of fear and hiding repeat itself?

The kings will lose your old address.
No star will flare up to impress.
The ear may yield, under duress,
to blizzards' nagging roar.
The shadows falling off your back,
you'd snuff the candle, hit the sack,
for calendars more nights can pack
than there are candles for.

What is this? Sadness? Yes, perhaps.
A little tune that never stops.
One knows by heart its downs and ups.
May it be played on par
with things to come, with one's eclipse,
as gratefulness of eyes and lips
for what occasionally keeps
them trained on something far.

And staring up where no cloud drifts
because your sock's devoid of gifts
you'll understand this thrift: it fits
your age; it's not a slight.
It is too late for some breakthrough,
for miracles, for Santa's crew.
And suddenly you'll realize that you
yourself are a gift outright.

The more I read the poem, the further I read into it my own inheritance. "What is this? Sadness?" this poem asks. It is a poem of exile, opening with images of the Wise Men, the Kings who have forgotten one's address and a star, perhaps the Jewish Star of David or Shield of David, with its hexagram shape that dates to the seventeenth century, "that will not flare up to impress." Joseph Brodsky, born a Russian Jew and once a lauded poet in his homeland, was eventually persecuted for his fiery and individualistic poetry that challenged Soviet ideals. After standing trial for "parasitism" he was forced to live in a hard labor camp and then a mental institution until American intellectuals helped get him released. He came to America in 1972 with the help of the poet W. H. Auden to teach at the University of Michigan.
"January 1, 1965" was written while Brodsky was in internal exile enduring hard labor in Norenskaia, in the Arkhangelsk region of northern Russia. In the Soviet Union, New Year's celebrations came to be seen as a substitute for Christmas. Every year, Brodsky wrote a new year's poem. "January 1, 1965" acknowledges the passing of time as represented in the opening stanza by the image of candles, the calendar, and the lurking fear of death. It contains allusions of oppression and persecution. Tones of resignation reverberate; the poet is too old to celebrate "Santa" and believe in miracles. His stockings are empty. "Devoid of gifts." Ironically, Brodsky was only twenty-four when he wrote the poem. Even with its defiant note in the last line, "you realize you yourself are a gift outright," the futility of escaping history is omnipresent. Though my ancestors were not exiled in this way, the aftershocks of being born a Jew and the legacy of oppression were part of my historical inheritance.
We rarely know how or why certain events and experiences shape us in childhood or the way in which we absorb the atmosphere in ways that linger.