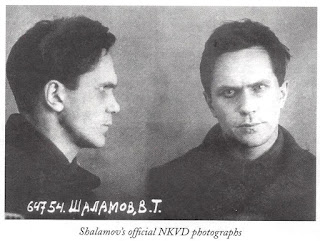 This collection of stories forms a Gulag memoir to rival Solzhenitsyn’s, as Solzhenitsyn himself acknowledged. Between 1954 and 1973, after fifteen years spent mainly in the camps of the Kolyma region of northeast Siberia, Varlam Shalamov (1907–82) poured out stories that – once the Khrushchev thaw was halted – he knew might never be published.

In 1968 Kolyma Stories was leaked to the West and in 1980 it appeared in an English translation by John Glad. The publication of this book and a forthcoming companion will more than double the amount of Shalamov’s work available in English. Donald Rayfield’s translation is clear, idiomatic and sound, though no translator could hope to render exactly the roughness of Russian criminal slang into English. Anglophone readers can now catch up with Russian children, who have studied Shalamov’s stories since they were released during perestroika in 1988. Russia’s attempt to come to terms with its past may still have a way to go, but the inclusion of Shalamov’s work on the national curriculum is at least a good sign.