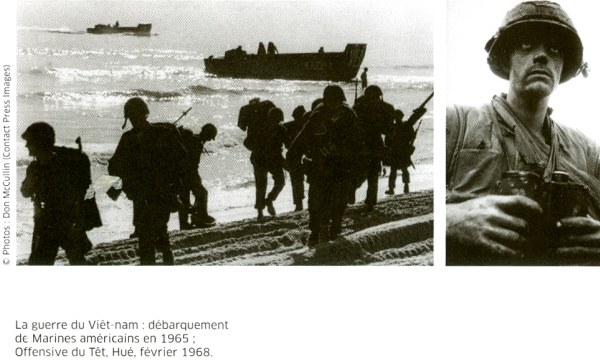 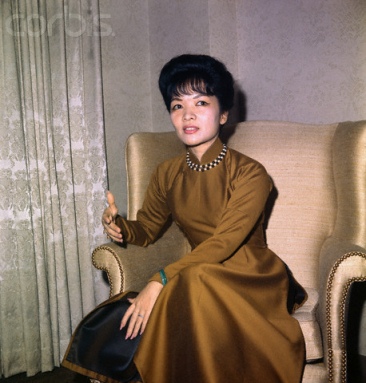 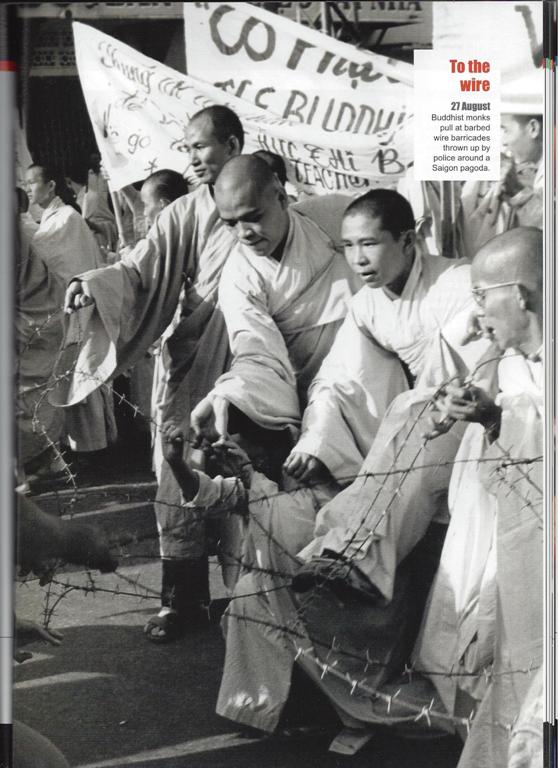 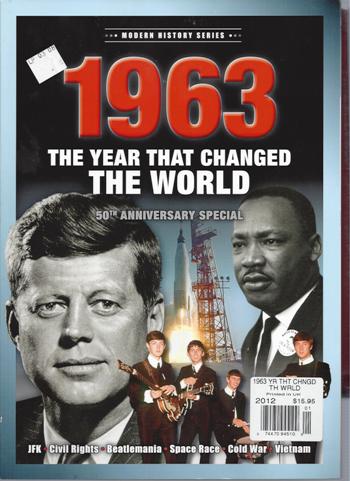 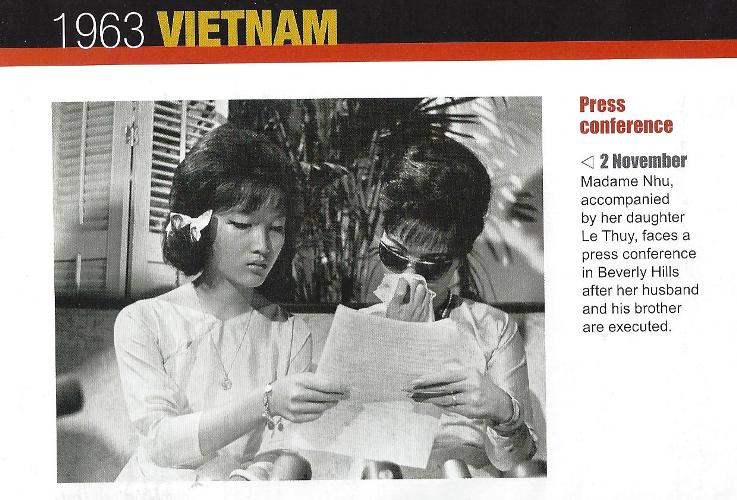 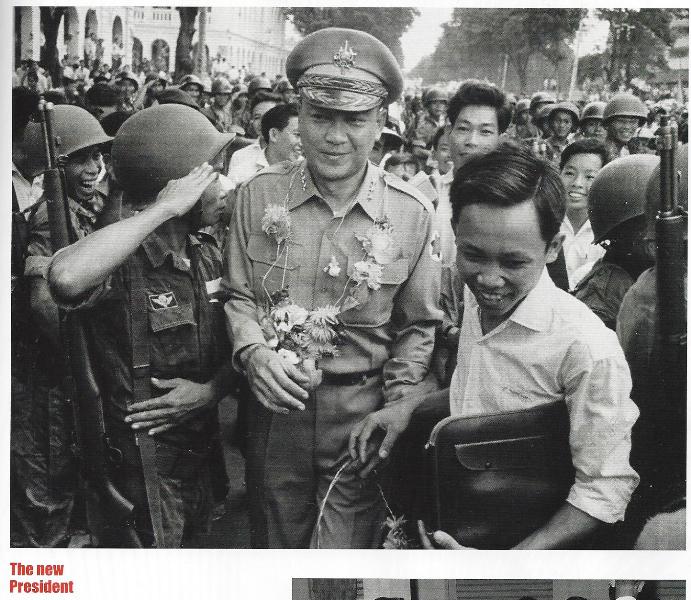 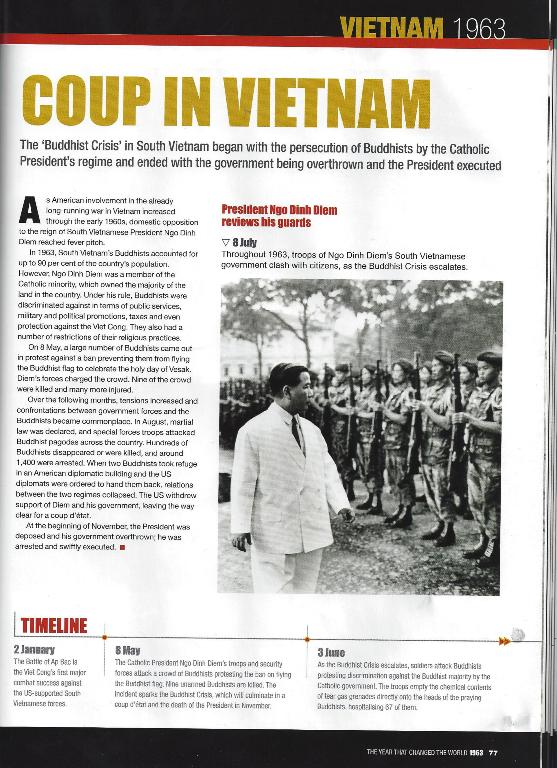 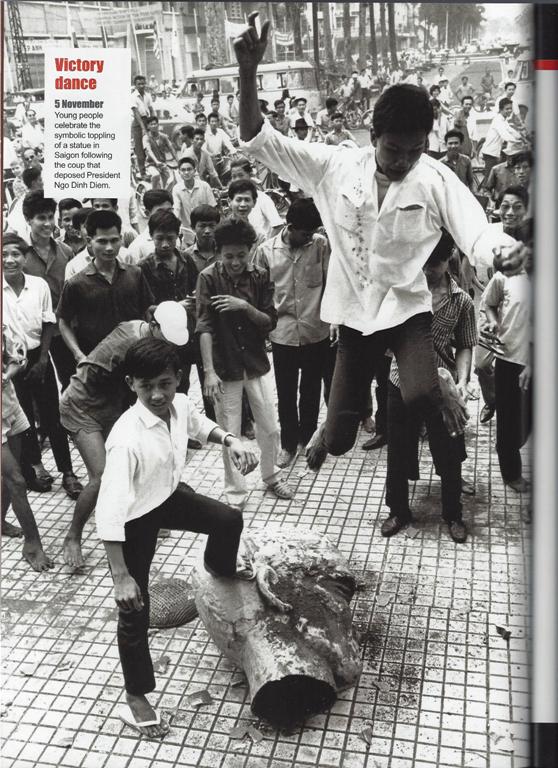 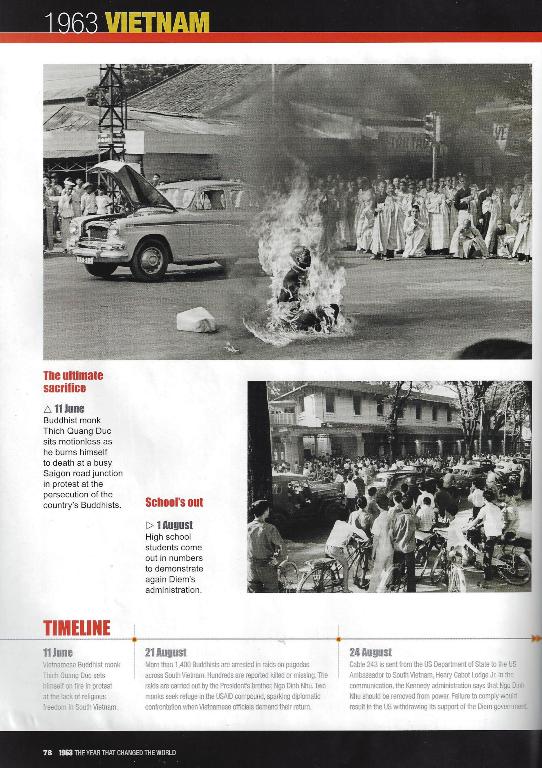 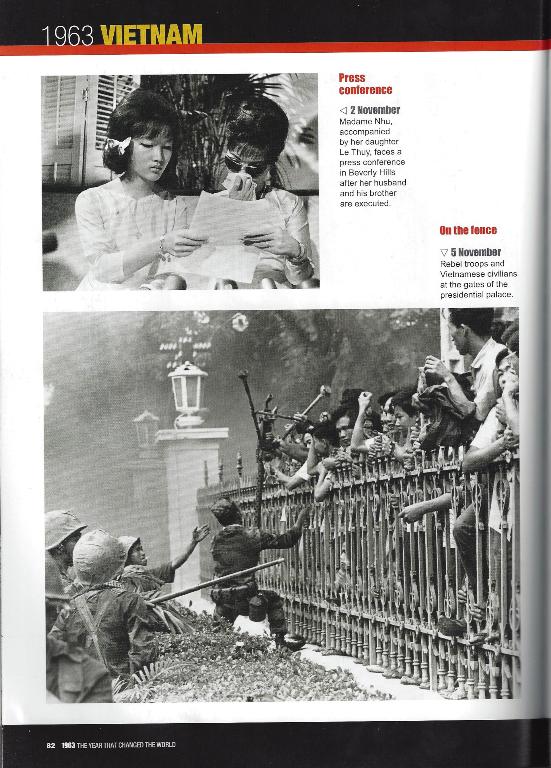 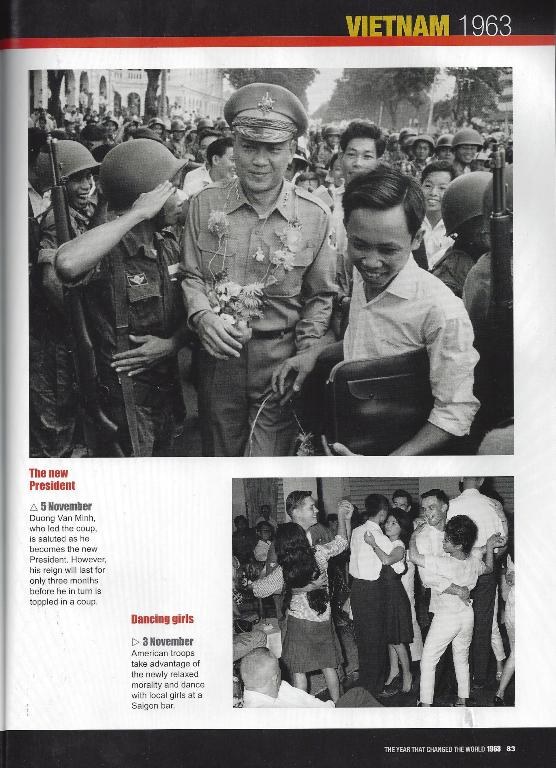 Society
The father of mindfulness returns home to transition to the next life
BY LIAM FITZPATRICK/HUE, VIETNAM
AT A BUDDHIST TEMPLE OUTSIDE HUE, VIET- nam's onetime capital, 92-year-old Thich Nhat Hanh has come to quietly "transition;' as his disciples put it. The ailing celebrity monk-quoted by Presidents and hailed by Oprah Winfrey as "one of the most influential spiritual leaders of our times" - is refusing medication prescribed after a stroke in 2014. He lies in a villa in the grounds of the 19th centuryTu Hieu Pagoda, awaiting liberation from the cyclical nature of existence.
At the gate, devotees take photos. Some have flown from Europe for a glimpse of Thay, as they call him, using the Vietnamese word for teacher. Since arriving on Oct. 28, he has made several appearances in a wheelchair, greeted by hundreds of pilgrims, though the rains and his frailty have mostly put a stop to these. On a wet afternoon in December, the blinds were drawn back so TIME could observe the monk being paid a visit by a couple of U.S. diplomats. The Zen master, unable to speak, looked as though he could breathe his last at any moment. His room is devoid of all but basic furnishings. Born Nguyen Xuan Bao, he was banished in the 1960s, when the South Vietnamese government deemed as traitorous his refusal to condone the war on communism. He is now back in the temple where he took his vows at 16, after 40 years of exile. Framed above the bed are the words tro ve- "returning" -in his own brushstroke.
In the West, Nhat Hanh is sometimes called the father of mindfulness. He famously taught that we could all be bodhisattvas by finding happiness in the simple things-in mindfully peeling an orange or sipping tea. "A Buddha is someone who is enlightened, capable of loving and forgiving;' he wrote in Your True Home, one of more than 70 books he has authored. “You know that at times you're like that. So enjoy being a Buddha."
His influence has spread globally. Christiana Figueres, the executive secretary of the U.N. Framework Convention on Climate Change, said in 2016 that she could not have pulled off the Paris Agreement "if I had not been accompanied by the teachings of Thich Nhat Hanh." World Bank president Jim Yong Kim called Nhat Hanh's Miracle of Mindfulness his favorite book.
The monk's return to Vietnam to end his life can thus be seen as a message to his disciples. "Thay's intention is to teach [the idea of] roots and for his students to learn they have roots in Vietnam;' says Thich Chan Phap An, the head of Nhat Hanh's European Institute of Applied Buddhism. "Spiritually, it's a very important decision.”
But practically, it risks reopening old wounds. Other Vietnamese exiles were infuriated by highly publicized visits Nhat Hanh made in 2005 and 2007, when he toured the country and held well- attended services that made international headlines. To his critics, these tours gave legitimacy to the ruling Communist Party by creating the impression that there was freedom of worship in Vietnam, when in fact it is subject to strict state controls.
Other spiritual leaders have suffered under the regime; Thich Quang Do, patriarch of the outlawed Unified Buddhist Church of Vietnam (UBCV), has spent many years in jail or under house arrest. In November, the U.S. Commission on International Religious Freedom (USCIRF), the government panel that monitors freedom of religion globally, issued a statement condemning his treatment by Hanoi. In this context, Vo Van Ai, a Paris-based spokesman for the UBCV, said Nhat Hanh's prior visits to Vietnam "played into the government's hands." The meaning of his return, therefore, carries great freight here in Vietnam. "[It] symbolizes that both he and the type of Buddhism he represents are fundamentally Vietnamese;' says Paul Marshall, professor of religious freedom at Baylor University in Texas."For the government, this is both a challenge and an opportunity. If he lives out his life in peace, they can claim credit.”
NHAT HANH HAS ALWAYS GONE his own way. He became a novice against his parents' wishes, then left a Buddhist academy because it refused to teach modern subjects. He studied science at Saigon University, edited a humanist magazine and established a commune.
After teaching Buddhism at Columbia and Princeton universities from 1961 to 1963, he returned to Vietnam to become an antiwar activist, risking his life with other volunteers to bring aid to war-torn communities. He refused to take sides, making enemies of both North and South Vietnam. His commune was attacked by South Vietnamese troops, and an attempt was made on his life. In 1966, as the war escalated, he left Vietnam to tour 19 countries to call for peace. He addressed the British, Canadian and Swedish parliaments and met Pope Paul VI. This proved too much for the regime in Saigon, which viewed pacifism as tantamount to collaboration with the communists and prevented him from returning. The next time Nhat Hanh saw Vietnam was during a visit in 2005. His reputation grew in exile. Hippies set his antiwar poetry to music. In 1967, he was nominated by Martin Luther King Jr. for the Nobel Peace Prize, and in 1969 he headed a Buddhist delegation

TODAY, THE MINDFULNESS THAT NHAT HANH HELPED
PROPAGATE IS A $1.1 BILLION INDUSTRY

to the peace talks in Paris. He eventually based himself in southwest France, where he turned the plum Village Buddhist monastery into Europe's largest, and established eight others from Mississippi to Thailand. He oversaw the translation of his books into more than 30 languages. When Western interest in Buddhism went through a revival at the turn of the century, Nhat Hanh became one of its most influential practitioners.
Nhat Hanh taught that you don't have to spend years on a mountaintop to benefit from Buddhist wisdom. Instead, he says, just become aware of your breath, and through that come into the present moment, where everyday activities take on a joyful, miraculous quality. If you are mindful, or fully present in the here and now, anxiety disappears and a sense of timelessness takes hold, allowing your highest qualities of kindness and compassion to emerge.
This was highly appealing to Westerners seeking spirituality but not the trappings of religion. Burned-out executives and recovering alcoholics flocked to retreats in the French countryside to listen to Nhat Hanh. An entire mindfulness movement sprang up in the wake of this dharma superstar. Among his students was the American doctor Jon Kabat-Zinn, founder of a mindfulness- based stress-reduction course that is now offered at hospitals and medical centers worldwide. Today, the mindfulness that Nhat Hanh did so much to propagate is a $1.1 billion industry in the U.S., with revenues flowing from 2,450 meditation centers and thousands of books, apps and online courses. One survey found that 35 of employers have incorporated mindfulness into the workplace.
Nhat Hanh's approach has been commercially successful partly because it makes few demands; at least of beginners-unlike the more rigorous meditation advocated by that other great exponent of Buddhism in the West, the Dalai Lama. "Thich Nhat Hanh provides a simple version of Buddhism, but I would not say it is oversimplified,” explains Janet Gyatso, Hershey Professor of Buddhist Studies at Harvard University's Divinity School. The "basic philosophy is the same" as that of the Dalai Lama, she says. "Mindfulness and compassion."

IN AN UNPUBLISHED INTERVIEW he gave to TIME in 2013, Nhat Hanh declined to say if he wanted to return home or good. Instead he praised Vietnam's youthful dissidents. "If the country is going to change, it will be thanks to this kind of courage:' he said. "We are fighting freedom of expression."
In fact, the situation for all rights in Vietnam is critical. During Nhat Hanh's exile, hundreds of thousands of people re sent to re-education camps or killed  by a Communist Party that, today, has absolute control. Activists are beaten, tortured and jailed. Rights of association are restricted, as is the press and judiciary. Religious freedom is heavily curtailed, and the official Buddhist Church of Vietnam is controlled by the state. To his critics, the monk should have made greater use of his position to draw attention to these abuses. Ai, the UBCV spokesman, says Nhat Hanh was "world- famous abroad but longed to be famous in his homeland" and accuses him of cooperating with the regime in order to be given permission for his 2005 tour. Hanoi granted Nhat Hanh permission to visit that year as it sought Vietnam's removal from the USCIRF list of Countries of Particular Concern (CPC), where it kept company with North Korea, Iran and Saudi Arabia. The official communist daily Nhan Dan quoted Nhat Hanh as saying, "The Vietnamese want to be liberated from what the Americans call liberation for the Vietnamese," without explaining that he had said these words decades earlier, in the entirely different context of the Vietnam War.  Washington obliged Hanoi by removing Vietnam as a CPC in 2006, to the fury of nonconformists forced into exile. "Many [who] had looked on Thich Nhat Hanh as a living Buddha, with total respect and admiration, were deeply disappointed to see him pandering to the communist authorities:' says Ai. Many in the Vietnamese diaspora will not tolerate any compromise with Hanoi, explains Bill Hayton, associate fellow of the Asia program at London's Royal Institute of International Affairs. "In their eyes, Thich Nhat Hanh is a sellout because he is prepared to work within the limits imposed by the Communist Party!'
But Nhat Hanh was not totally silent. During his 2007 visit to Vietnam, he asked then President Nguyen Minh Triet to abolish the Religious Affairs Committee, which monitors religious groups. The plum Village annual journal of 2008 went further and called on Vietnam to abandon communism. His followers paid a heavy price. In September 2009, police and a hired mob violently evicted hundreds of monks and nuns from a monastery that Nhat Hanh had been allowed to build at Bat Nha in southeast Vietnam, which had been attracting thousands of devotees. Yet if Nhat Hanh courted controversy by engaging with the party, he also won the ability to gain access to the Vietnamese people-and that might have been the goal all along. The official Vietnamese Buddhist Church, says Hayton, "has no leader to compare with Thich Nhat Hanh or his ideas of mindfulness!' During Nhat Hanh's tours, he was able to champion a concise, modernized form of Buddhism very different from the religion sometimes perceived as old-fashioned and arcane. The impact is still felt by young Vietnamese today. In November, Linh Nhi, 27, traveled from Saigon to keep vigil at Tu Hieu. "If I can meet him, that's good," she told local media. "If not, I'm still happy because I can feel his presence;' Buddhism teaches that Nhat Hanh needs to offer his presence, and in doing so, he is embracing the roots of his suffering in the Vietnam War. He is surely aware that Hanoi will make political capital out of his homecoming. But the Zen master is evidently playing the long game-the longest game of all, in fact, which is eternity. - With reporting by