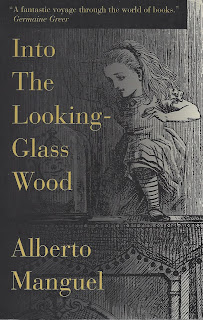 Fiction is all discovery ....
Essays know too much.
CYNTHIA OZICK,

CHILDREN KNOW WHAT most adults have forgotten: that reality is whatever seems real to us. That though the external world cannot be denied (as Dr. Johnson demonstrated by kicking a stone) it can be relighted and rearranged to mean anything we choose. The rules for the creation of our individual realities are magic rules: they depend on belief and must be obeyed with utter rigour and seriousness. Writers have in common with children and lunatics these quotidian acts of creation which, at their best, come to stand for our accepted view of the world. Dickens is the author of Victorian London, and Mark Twain created the Mississippi.
In 1985, I was preparing a CBC radio series (never completed) on the pretentious theme of the Writer and God. My list of writers included Bernard Malamud, Borges (who told me that of God's literary tastes we can know nothing), Elie us on about, and happily put an end to the interview) and Cynthia Ozick.
Ozick arrived at the studio looking slightly incongruous: short, shy, a Richard III haircut framing a pair of dark-rimmed glasses. "I'm divided in two," she said, and then, as if apologizing, "Most people are." She explained, "Half of me is a citizen who lives in the world, and half of me is a writer. The citizen has one relationship with God, and the writer has an entirely different one. As a citizen I am awed by Deuteronomy 29:29, which says, 'The secret things belong unto the Lord our God; but those things which are revealed belong to us and to our children for ever.' As a citizen, I am not allowed to reflect upon those secret, mystical things. I am a Jew; I must therefore be agnostic. But as a writer, I can't. As a writer I am gnostic, and the unknown is my wonderful meat and drink." Later she extended the definition: "I am a pagan. The writer in me flies from God and goes to the gods."
In Judaism, only God is the Creator. Creation by a hand other than God's would seriously infringe on His essential unity. God is a jealous Author who admits no competition. The Divine Craftsman, the Demiurge of the Platonists, must be One. But among the pagan gods there is always room for one more: the divine craftsmen are many.
The theme of creation (who creates? what is created? how does creation take place?) runs through Ozick's work like a scarlet thread. It makes her wonder, in her superb books of essays, such as “Art & Ardor” and “Metaphor & Memory”, how writers and readers create their fictional worlds. It leads her in exquisite long and short stories (collected, for instance, in “The Pagan Rabbi” and “The Puttermesser Papers”) to the visionary activities of her characters. It takes her, in her novel “The education”. It forces her, in The Messiah of Stockholm, to build all infinite progression of creations, of literary chickens and eggs.
Ozick's essays often stem from a review, usually for the book pages of the “New York Times” and the “New Republic”. Most reviewers, in my experience, make the reader wonder: what in the world is the use of these self-appointed Virgils who pretend to guide us through this hell of a novel or that purgatory of a memoir? Who needs someone reading over our shoulder, giggling, sobbing or going into raptures of glee or disgust? Nothing can replace our own reading, and yet the preamble or postface to a text that a reviewer provides can, and in some cases does, turn a book on its head in a refreshing and illuminating way. For me, this has always been the case when reading one of Ozick's reviews.
Take, for example, Ozick's review of Primo Levi's “The Drowned and the Saved”, included in “Metaphor & Memory.” First she gives the bare facts: who Primo Levi was ("an Italian Jewish chemist from Turin"), the peculiarities of his life ("he was liberated from Auschwitz by a Soviet military unit in January of 1945, when he was 25"), and what his written work consisted of ("from that moment of reprieve ... until shortly before his death in April of 1987, he went on recalling, examining, reasoning, recording-telling the ghastly tale-in book after book"). So far, so good. But immediately after this Ozick makes her first leap. She quotes the Coleridge epigraph Levi chose for his last book:

Since then, at an uncertain hour
That agony returns,
And till my ghastly tale is told
This heart within me burns.

Alberto Manguel: “Into the Looking-Glass Wood”