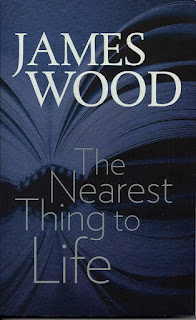 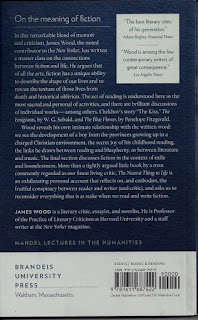 But I really disliked that song when I was a boy. I never had a very northern accent. My father was born in London. It was important to my Scottish petty-bourgeois mother that I didn't sound like a Geordie. Friends used to say, with a bit of menace in their voices: "You don't talk like a Durham lad. Where are you from?" Sometimes it was necessary to mimic the accent, to fit in, to avoid getting beaten up. I could never say, as the man in the song Coming Home Newcastle" foolishly does: "And I'm proud to be a Geordie / And to live in Geordie-land."
My town was the university and the cathedral-it seemed that almost everyone who lived on our street was an academic (like my father), or a clergyman; and they didn't sound like Geordies. How vivid all those neighbors are, in my mind! And how strange they were. I think now that in the 1970s I caught the fading comet-end of allowable eccentricity. There was Mrs. Jolley, though she was in fact anything but, who walked with three canes, one for the left leg and two (bound together with string) for the right. There was the dry, bony Reader in Classical Epigraphy, Dr. Fowler, who was fond of repeating, as a kind of motto, "Tell it not in Gath!" Next door to us, separated only by a wall, lived a profoundly learned scholar, the university librarian. He knew many languages, and pages of Dickens by heart, and sometimes we would hear him pacing up and down, reciting and laughing. A sweet, innocent child, really, a Dickensian character himself: one day, he was on the bus with my father, going to the university, and embarrassed him by loudly opining, "You could say that the girls who serve in Woolworth's are the ‘intellectual scum of the earth’." This academic-religious world had obscure prohibitions and rules. There was a historian who for some reason forbade his two slightly green-hued, fearsomely clever daughters from watching “The Forsyte Saga” on television; and a thrifty professor of divinity whose household had no television and who, according to my mother, always had sausages, never turkey, on Christmas Day-that family's fantastical drabness sealed in my childish mind by the information that he and his wife and three children exchanged only cotton handkerchiefs as presents. Our headmaster at the Durham Chorister School told us that we should start our essays "with a bang: Bacon began his essay on Gardens, 'God Almighty first planted a Garden': try to emulate Bacon." He had an elaborate system of mnemonics to help us with difficult Latin words. Whenever the word “unde” appeared in a text, he would suck on his pipe and intone, in Oxonian basso, "Marks and Spencer, Marks and Spencer!" This was supposed to trigger, "From where do you get your undies? [Your underwear, commonly bought in those days at the chain of stores known as Marks and Spencer.] From Marks and Spencer." And then lead us to the meaning of the word, which is "from where." As you can see, I haven't forgotten it.

III
…… Almost. But not quite. When I left England eighteen years ago, I didn't know then how strangely departure would obliterate return: how could I have known? It's one of time's lessons, and can only be learned temporally. What is peculiar, even a little bitter, about living for so many years away from the country of my birth is the slow revelation that I made a large choice many years ago that did not resemble a large choice at the time; that it has taken years for me to see this; and that this process of retrospective comprehension in fact constitutes a life - is indeed how life is lived. Freud has a wonderful word, "afterwardness," which I need to borrow, even at the cost of kidnapping it from its very different context. To think about home and the departure from home, about not going home and no longer feeling able to go home, is to be filled with a remarkable sense of "afterwardness": it is too late to do anything about it now, and too late to know what should have been done. And that may be all right.
My Scottish grandmother used to play a game, in which she entered the room with her hands behind her back. You had to guess which hand held a sweet, as she intoned: "Which hand do you tak', the richt or the rang?" When we were children, the decision seemed momentous: you had at all costs to avoid the disappointment of the empty "wrang hand."
Which did I choose?
James Wood: “The Nearest Thing to Life”