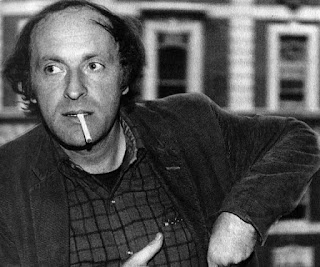 You will write about us on a slant.

One of those who became close to Akhmatova at the end of her life, and who was made to suffer and stood his trial with dignity, was the poet Joseph Brodsky. When Akhmatova first met him, he was young, rash, and brilliant – famous by the time he was twenty, his poems recited and put to music later by many of the 1960s generation. It is important to view the Brodsky trial in the context of other events of Soviet society at the time, as part of an overall pattern. Brodsky was brought to trial in 1964, a time when everyone still remembered what happened to Pasternak and soon became wary of the "Thaw." A month after the publication in1962 of Solzhenitsyn's “One Day in the Life of Ivan Denisovich”, Khrushchev visited an art exhibition in the Manezh hall, in the former riding military exercises had been held during the times of the tsars, a become a major venue for art exhibitions under the Soviets. The exhibition featured abstract art, which triggered off a campaign against modernism. On December 12, 1962, at a session of the Supreme Soviet, Khrushchev declared that the Party had criticized Stalin's excesses but had not denied his contributions to communism. A few days later, on December 17, at a meeting of the Party and government leaders which included people in the arts, there was a denunciation of Formalism, allegedly an imitation of the worst in the art of the bourgeois West. A Secretary of the Central Committee of the Communist Party, Leonid Ilyichov, gave a speech distinguishing between criticizing the cult of personality—Stalin—and criticizing Communist society and culture in general. Solzhenitsyn was present at this meeting. In his Essays on Literary Life, he writes:

At that first Kremlin meeting they still praised me, applauded me—but Ivan Denisovich was like the last breath of the explosion of the Twenty- Second Congress. A general counterattack of Stalinists began which the near-sighted Khrushchev supported wildly. We heard from him that literature was a long-range weapon and had to be verified by the Party, that he was not an advocate of the rule "live and let live"; that ideological co-existence is morally filthy and that the struggle did not allow for compromise.

A conversation Chukovskaya had with Akhmatova on December 21 reflected these -events.  Akhmatova had hoped, with the coming of the Thaw, that there might be a chance for her Requiem to be published, but she quickly realized the potential danger to art that the Manezh affair symbolized. Chukovskaya said, "The gap is closing. The mighty Solzhenitsyn crack is beginning to be riveted shut." "Yes," replied Akhmatova, "and the Manezh. . . . My “Requiem” will not have any success if the Manezh affair also affects literature." Chukovskaya discussed the main topic going around Moscow—Ilyichov's speech and the words of Khrushchev, that not all of Stalin's acts should be condemned. Chukovskaya points out that it was possible to live under Stalin—they had lived under him—and possible to listen and read words of praise for Stalin—they had done so for thirty years. But now after everything (meaning the Thaw and the condemnation of Stalin), to have to listen to any praise of Stalin was unthinkable.

"It is impossible to endure a 'repetition,' "Akhmatova went on. "When you remember that in 1948-49 they began taking people away again who had returned after 1937—I know that among those who were waiting for yet another arrest there were many suicides. Waiting for the second arrest was too much for them. Can we really endure praise of Stalin—again?" During the first few months of 1963 there were more meetings with Khrushchev, at which he warned intellectuals to be careful about how far they went in their criticism of the state, and that their art must be accessible and comprehensible to the masses.

This was the atmosphere in which Joseph Brodsky's trial took place. Brodsky was born in Leningrad in 1940; his father was a newspaper reporter and photographer. The family lived in a room and a half in a communal apartment, which by coincidence had been occupied by the Symbolist poets so popular at the turn of the century, Dmitry Merezhkovsky and Zinaida Gippius, who advocated a synthesis of sensual paganism and spiritual Christianity in their poetry. Brodsky says in his autobiographical sketch that it was from his Gippius, the elegant red-haired aristocrat, shouted abuse to the revolution sailors—the  pair left for Paris soon after the Revolution.